I have not quit politics, says Tharoor

Shashi Tharoor, who resigned as minister of state for external affairs after being in the eye of the IPL storm, on Saturday said "truth" should come out on the issue and asserted he doesn't need to quit public life as he has committed no irregularity.

"Many facts have come out after my resignation. Let truths come out. While handing over my resignation, I had asked the prime minister to conduct a thorough investigation into the whole issue," he said at a party reception on his first visit to his constituency after his exit from the ministry.

In an emotional speech, Tharoor said he was pained by charges that he had acted for monetary gains.

He said many had spread word that he would quit politics after his resignation. "I do not need to do that as I have committed no irregularity. I am emboldened by the support extended to me by people in my own state and will continue to work for Thiruvananthapuram and Kerala."

He said ventures like IPL would benefit upcoming cricketers in Kerala and he had worked only for their benefit in bringing IPL to Kochi.

Tharoor also hoped that there would be political, social and economic progress if such ventures were brought to Kerala. He said what he had done was just keeping his word to the people in the last elections. "Now that I am not busy as a minister, I can work more for my constituency and the state," he said. 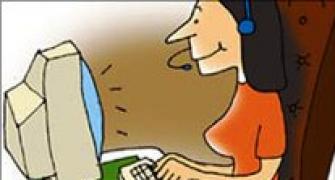 I have no investments in IPL Kochi deal: Gaikwad