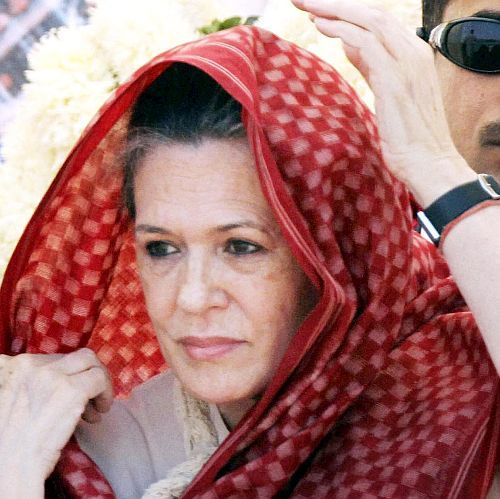 Lok Sabha member from Puducherry and Minister of State in the Prime Minister’s Office V Narayansamy is a self-confessed loyalist of the Nehru-Gandhi family. He was known to be close to Rajiv Gandhi and after the late prime minister’s assassination, he transferred his loyalties to Congress president Sonia Gandhi.

Narayansamy was predictably upset and angry when the Supreme Court commuted the death sentence of Rajiv’s killers and Tamil Nadu Chief Minister J Jayalalithaa followed it up by announcing that her government would release all seven convicts in the assassination case.

The Supreme Court’s decision on Thursday to stay the release of three convicts naturally came as a relief to Narayansamy and other Congress members loyal to the Gandhi family.

Unlike his senior colleague from Tamil Nadu Finance Minister P. Chidambaram, who said he was not “unhappy” over the release of Rajiv Gandhi’s killers, an emotional Narayansamy is not afraid to question e the Supreme Court order while slamming Jayalalithaa’s decision to release the convicts.

While Parliament was disrupted on Thursday over this issue, Narayansamy was constantly on the phone urging Congress workers in Tamil Nadu and Puducherry to step up their agitation against the state government.

Speaking exclusively to rediff.com’s Anita Katyal, Narayansamy recalled that Rajiv was to address a public meeting in Puducherry the morning after his rally in Sriperumbudur but unfortunately it was not to be.

“I was at the venue of the meeting when I heard about the assassination….I did not stop crying for two days” the minister said.

Narayansamy said he was later told that Rajiv’s killers had made plans to assassinate the former prime minister in Puducherry if  they had failed in their mission in Sriperumbudur.

Referring to the Supreme Court’s move to commute the death sentence of Rajiv’s killers, Narayansamy maintained that it was unfortunate that the SC had not taken into account that Rajiv was a former prime minister of the country.

“I am not criticising the apex court but there was a serious question of law here … the matter should have been referred to a larger bench,” the minister said, adding that the court did not go into the merit of the case.

“The fact that there was a delay in deciding their mercy petitions or that they had been in jail for so many years should not be cited as grounds for commuting the sentence of a former PM”s killers,” Narayansamy observed, stating that those who assassinated Rajiv were terrorists.

“The matter should be seen in this perspective or else we will be setting a wrong precedent,” he underlined. He hoped the apex court will “see wisdom” in the future and understand the sentiments of millions of Congress workers in the country.

Congress cadres are feeling aggrieved at the decision taken by the court and Jayalalithaa, he said, adding emotionally,” The Congress lost its young leader in the prime of his career…we will not pardon Rajiv’s killers.”

Slamming Tamil Nadu chief minister for ordering the release of the convicts, Narayasamy said this was nothing but “vote-bank politics”.

“Don’t forget it was the same chief minister who opposed the Liberation Tigers of Tamil Eelam tooth and nail, wanted the organisation to be banned and had even demanded that its chief Prabhakaran be brought to India and tried,” the Congress minister said, adding that she had changed her tune to suit her political convenience.

On the other hand, the Dravida Munnetra Kazhagam’s stand on this issue is well known.

“The DMK sacrificed its government on this issue while the Lanka Tamils issue figured prominently in its election campaign in the 2009 Lok Sabha polls, so we are not surprised by its reaction,” Narayansamy pointed out.

Stating that the people of Tamil Nadu had rejected this campaign, Narayansamy maintained that except for a small minority of LTTE supporters, the bulk of the population of Tamil Nadu still remembers the gruesome assassination of Rajiv and sympathises with him and his family.

“Jayalalithaa’s decision to release Rajiv’s killers was not driven by public sentiment but by competitive politics,” he explained.

“I say to all those leaders who are speaking on behalf of the killers. What would they do if something like this had happened in their family,” he asked.

While Narayansamy refused to comment on Chidambaram’s reaction to Jayalalithaa’s decision, he said, he will not stop raising this issue.

“We will take it to the people in the coming elections -- after all, Rajiv was my leader,” the minister said, pointing out that he had been speaking out against the LTTE’s even at the height of the organisation’s activities.

“I am not scared… I have the support of the people,” he declared.

Despite his disappointment with the SC order, Narayansamy was happy that their release was stayed on Thursday.

“The court must have found some merit in the government’s petition,” he said, adding this had come as a big consolation to all Congress workers.