A made-in-India gun was used for the first time in 75 years for the ceremonial 21-shot salute to the tricolour at the historic Red Fort on Independence Day. 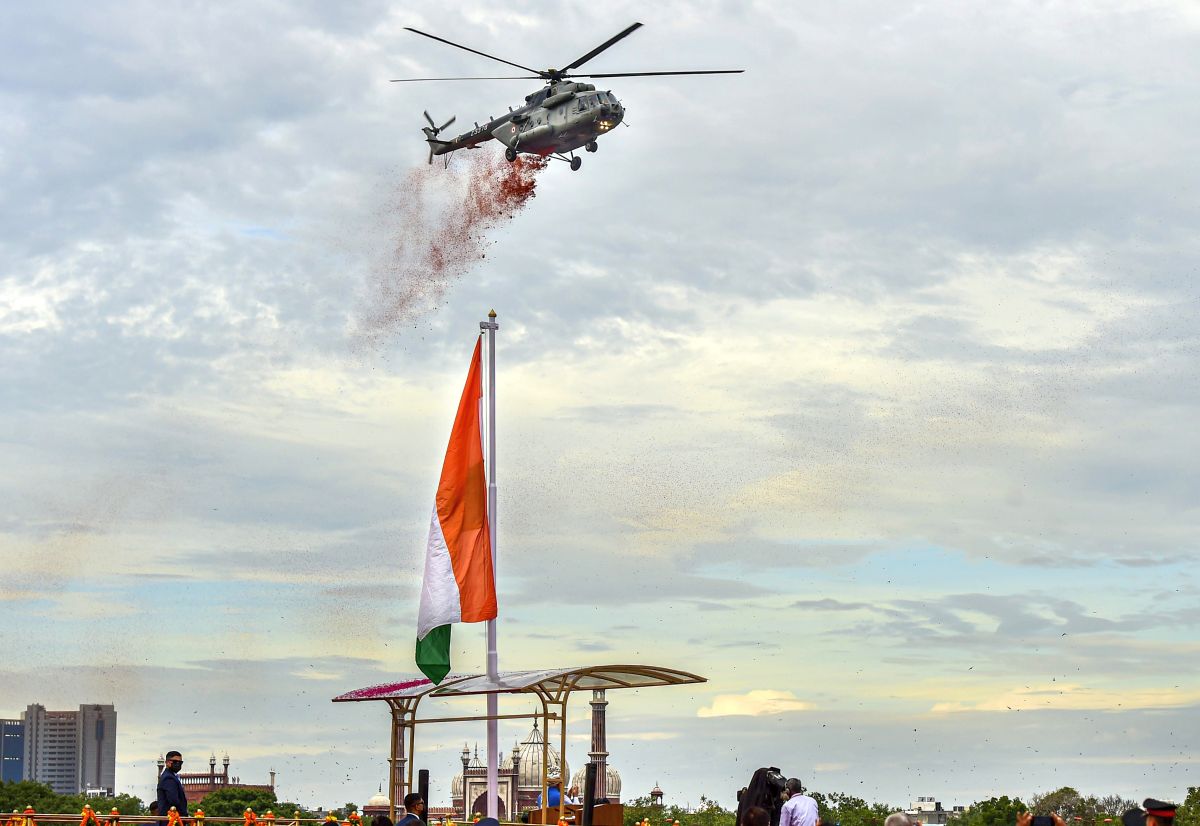 So far, British guns have been used for the ceremonial salute.

"The sound that we always wanted to hear, we are hearing it after 75 years. It is after 75 years that the tricolour has got the ceremonial salute at the Red Fort for the first time from a made-in-India gun," Prime Minister Narendra Modi said.

He said all Indians will get inspired and feel empowered on hearing this made-in-India gun roar.

The indigenous howitzer gun that was used for the ceremonial salute on Monday has been designed by the Centre-run Defence Research and Development Organisation (DRDO).

In his speech, Prime Minister Modi also commended the armed forces personnel for adopting his vision of Atmanirbhar Bharat (self-reliant India) and taking steps towards realising it.

"I want to salute the soldiers of this country from my heart. The manner in which my vision of Atmanirbhar Bharat has been collectively adopted by the soldiers and officers of the armed forces, I can not salute them enough."

It is not a small resolution when a soldier decided to list 300 items that it will not import from other countries, Modi said.

He was referring to the Defence Ministry's decision to issue multiple "positive indigenisation lists" that lists 300 plus items which will not be imported after a certain period of time.

"I can see the seeds of Atmanirbhar Bharat in that resolution that will lead to the birth of a big tree," Modi added.