I could have committed suicide long ago: Irom Sharmila

I am just following Gandhiji’s principle of non-violence to achieve a goal, says Irom Sharmila, who was in Delhi to appear before a court that framed charges against her for attempt to commit suicide. Priyanka reports 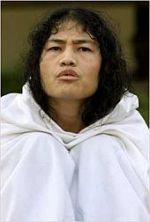 It is hard to tell what Irom Sharmila, the Iron Lady of Manipur, felt about a Delhi court booking her on charges of attempt to suicide on Monday. There is a calm and poise to her that it is hard to tell for an activist who has been on fast for about 12 years demanding the repeal of the controversial Armed Forces Special Powers Act.

After Metropolitan Magistrate Akash Jain at the Patiala House court gave a go ahead to frame charges against her under Section 309 of the Indian Penal Code earlier in the day, Irom spoke briefly to the media outside the court premises.

Outside the Manipur Tikendrajit House in Chanakyapuri, students and members of the Manipur student association shouted slogans in her support, and also managed hordes of reporters waiting to meet her.

The Manipur student association comprises of nearly 40,000 students from Manipur studying at different colleges in the capital. They were there to take care of Irom Sharmila, as no family member, friend or relative from Manipur was allowed to accompany her.

“I want to ask the state government, why only security personnel are allowed to accompany her, and what law prevents her from meeting her friends and family back home,” asks Michael, a second year student of political science at RamjasCollege.

There are other student organisations too that have joined in to support her.

Alok and Chinglen, both members of the Krantikari Yuva Sangathan, are aware of the charges leveled against her.  Alok nods in disbelief, “All this is politically motivated. How can she terrorise a state by simply being on a hunger strike,” he says.

Students gather in small groups and discuss the legal ramifications of the case. Alok and a few others are concerned that the case is an attempt to discredit the struggle Irom Sharmila has undertaken for the past 12 years.

“The government is denying her the struggle. Didn’t Mahatma Gandhi, the father of the nation, do the same thing? He protested peacefully while on a hunger strike,” says Shashikant.

Alok informs that the Krantikari Yuva Sangathan had talked about AFSPA and its control in the northeastern states in many DelhiUniversity colleges. It was surprising that many students had not even heard about it, he says.

As the day progressed, there was a growing restlessness among the students.

Their numbers swelled to about 50 by 4 pm. A television journalist tried to push her way into the building. The students guarding the gates say that she (Irom Sharmila) is resting. A student tells the journalist, ‘Don’t be here just for the news…try to feel her pain’. The journalist is unfazed.

A few minutes later, the Iron Lady walks out of the building. She is dressed in a pink phanek -- a white shawl is draped around her shoulders as her black curls flow down her face.  A loose feeding tube hangs on her nose. She doesn’t look tired and is eager to speak with the students.

For the next 20 minutes or so, she sat on a chair inside the compound wall while the students gathered around her. Some take notes while a few others record and listen intently. She speaks freely in her native language.

As the students come out of the compound, they say that she wanted to thank them for supporting her and showing solidarity when it mattered the most.

“She said it is important to wake up,” says Herojit, a 22-year-old student. “She also said that our support inspires her and we remind her of what she was like when she was a student,” adds Herojit.

The meeting ended with applause and the students chanting slogans in her support.

Inside the building, Sharmila rests for a while before she starts meeting reporters, something she seldom does.

Irom Sharmila has been charged with attempt to suicide based on an October 4, 2006, incident. She had decided to go on hunger strike at Jantar Mantar in the capital. The city court had highlighted that she sat on hunger strike on that day in the capital from 8pm to 11.30 pm, and refused to undergo a medical checkup.

In a conversation that lasted a little over twelve minutes, Irom Sharmila uttered the word ‘discrimination’ a number of times. She talked of her disappointment with the state for making a case of attempt to suicide against her.

“I am hopeful that it is possible to influence our people in a positive way and that they can challenge discrimination against them,” Sharmila said.

“The government is a representation of people, for the people, by the people. They should listen to the voice of the public,” she added.

She said she was not distressed by the questions of the judge.

“I was not perturbed by the questions the judge asked me. I am very clear about what is right and what is wrong. I have a very clear conscience and I never change my mind. I want them to realise that the government is wrong,” she said.

She held a paper in her hands and constantly folded and unfolded it. She was a bit uneasy, carefully looked at the faces of people around her and smiled occasionally.

She stood by her stand in court and said that she did not want to commit suicide and simply followed Mahatma Gandhiji’s way of protest.

“If I wanted to commit suicide I could have done it years ago. There are so many ways of doing it,” she said.

“People see me as an Indian and in me there is an example of discrimination since I am just following Gandhiji’s principle of non-violence to achieve a goal,” she said.

There isn’t a tinge of negativity in her or what she talks about. She somehow manages to see the positive side of everything, even the impending court case.

“I feel the case will only help the movement in a positive way and to fulfill my demand to repeal AFSPA,” she says.

And while the case is on and the trial begins on May 22 this year, Irom Sharmila says that nothing in her or her stand will change.

“I will remain what I am and will keep pressing for my demand until it is met,” she says.

“Nothing changes in my stand and it will be like yesterday,” she says, and offered to smile.

“In the meanwhile, protesters, who want to voluntarily join my protests, can make a big difference,” she says, reaching out to the vast student community.

“It would be encouraging if people join me, not by fasting but by showing solidarity in what I am protesting against,” she clarifies.

Acknowledging the support she received from the student community in the capital, Irom Sharmila said the gesture was ‘very strengthening’.

She mustered all her strength and spoke about Justice Verma’s recommendations to withdraw AFSPA:

“Women should exert collective effort to persuade the government to meet our demands. Our democratic leaders should see that what they have decided to do is incorrect.”

“The government should have control over the army and they should decide what is best for people. The army should not govern the government and its decisions.”

She says she is ‘rarely happy’ with the work her own organisation was doing. She explains:

“I am dissatisfied because I don’t agree with their tactics and neither does it interest me. A real campaign should be about people showing solidarity and coming together for one another in the hour of need to press for our demands.”

“I don’t agree with holding seminars in different parts of the world in a scholarly way.”

About the continued use of AFSPA in the state of Manipur, she says, “It is still used as a tool to suppress people.”

Outside, at the gates, a few students still hang around.

Rocky, a student of Hindu college says he missed his classes for the day to be here.

“What they are doing is a clear violation of my right to life. Yes, I had a class today, and classes are important, but Article 21 is more important to me,” he says. 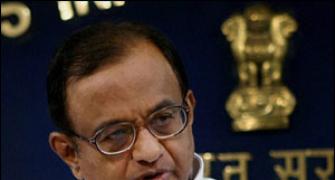 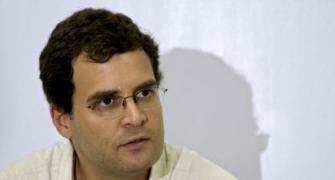 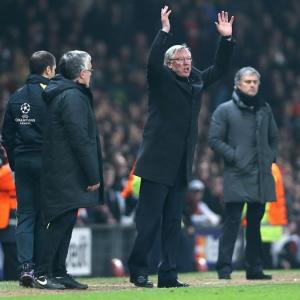