News
Business
Movies
Sports
Cricket
Get Ahead
Money Tips
Shopping
Sign in  |  Create a Rediffmail account
Rediff.com  » News » I am still in the Prez race: Sangma

I am still in the Prez race: Sangma

Nationalist Congress Party leader P A Sangma on Sunday said that he is still in the race for the President's post and has sought support of Trinamool Congress (TMC) chief Mamata Banerjee for his candidature.

He said that he had spoken to many NDA leaders, ahead of their meeting on Sunday and appealed them to support his candidature.

"I am still in the race. I have made an appeal to all political parties to support my candidature. Since NDA meeting was scheduled for today, I spoke to many of the NDA leaders yesterday till late in the evening, appealing them that they should extend their support to my candidature," he told reporters.

Replying to a query whether he has spoken to the TMC chief seeking support for himself, Sangma said, "I had spoken to Mamata Banerjee day before yesterday, late in the evening.

I have appealed to her also to support my candidature."

He said that Banerjee was insistent on the name of former President A P J Abdul Kalam.

"I said (to Mamata) that Dr Kalam has opted out of the race. Therefore, you should support me," Sangma said.

On whether he is defying his own party by contesting for the top post, he said, "I have maintained right from the beginning that I am a candidate of Tribal Forum of India which has nothing to with any political party."

"As a candidate of the Tribal Forum, I have gone across to political parties, appealing for support," Sangma said, adding that, "It is very clear that I am not an NCP candidate."

On whether he is prepared for any action taken by his party against him, he said, "Sharad Pawar (NCP Chief) is saying that he will appeal to me to withdraw. I can tell you that I will appeal to him to support me."

On the NDA meeting, which remained inconclusive, he said, "There have been little differences which is quite natural in a democracy. They (NDA members) are still to sort out a few things. They have to consult few chief ministers." 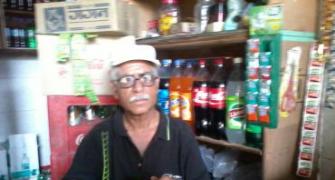 Electing the President: What's the big deal?
Pawar confident of Sangma's withdrawal from Prez race
For Mamata, the Presidential game is over