News
Business
Movies
Sports
Cricket
Get Ahead
Money Tips
Shopping
Sign in  |  Create a Rediffmail account
Rediff.com  » News » I am never fatigued, I don't intend to run away: Dikshit

"I am ready for another fight," Delhi Chief Minister Sheila Dikshit said on Sunday as she prepares to lead Congress for an unprecedented fourth term when assembly elections are held in November this year.

The 75-year-old Congress leader, who has had a rather difficult time in recent months in the wake of the December 16 gang-rape in the city and other law and order issues, said she has no intention of running away from leading the party.

"We are confident that when we go in for the elections in November-December, I think we will go with confidence. We are not shaky, not scared," she told PTI.

Dikshit, who led Congress to three straight wins in Delhi beginning 1998 and has been at the helm of affairs for nearly 15 years, said she will fight the assembly polls on the basis of her record and highlighting achievements in making Delhi a better city.

"There is something you can feel about a government and that feeling comes from what is it that you are doing to reach out to those who are the most needy. In that also our record has been good. So something which can be seen and felt itself motivates voters," she said.

When asked whether she will lead the party in the elections, she replied, "I don't intend to run away".

Asked about opposition BJP, Dikshit said the party has not been able to pose a challenge like it did earlier.

She is also dismissive about Arvind Kejriwal's Aam Aadmi Party, which made a foray into politics last September on anti-corruption plank, saying it has no clarity about what exactly it wants.

On the projection by a section of media of she being a probable prime ministerial candidate, Dikshit said she was working for the November elections in Delhi and she can't really say about the future.

"You know when I came to Delhi, not even in the craziest dreams I had thought that I would contest elections here," she said.

On the challenge that could be posed by main opposition BJP, Dikshit said it would be difficult to say what will happen in future as the whole tide may change. \

"So far they are not being able to give the kind of challenge even say Vijay Kumar Malhotra had given last time and before that Madan Lal Khurana had given. Every challenge is different. Only time will tell what will happen," Dikshit said.

On AAP, she said the mentor of this so-called movement Anna Hazare was not leading it any more and it was not a clear picture of what exactly they wanted or what they were doing.

"Unless there is clarity of political thinking and what are you giving to the people. I don't think they speak about the Lokpal bill anymore, so what are they standing for?," she said about Aam Admi Party.

She said her government's record has been good and one can see more flyovers, Metro, buses, better roads and more schools.

Referring to some schemes her government rolled out, Dikshit said Delhi was the first state in the country to introduce pensions for transgenders, who have been sidelined by the society.

"We did it for HIV/AIDS last time, we did it for them this time. Now these are the ways we reach out to people. 'Annashree' for instance, it's the first time cash transfer in the country.

"It is beyond PDS. PDS is capped and those outside the cap are getting 'Annashree'. The same thing is happening with widow pension.... So these are things which families and communities feel," she said. 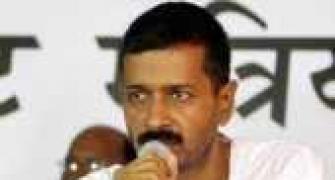 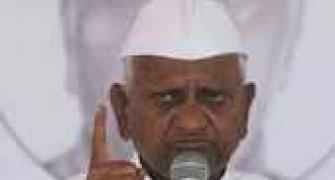 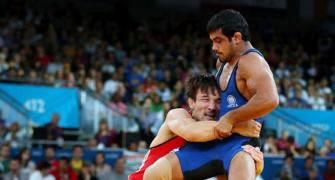 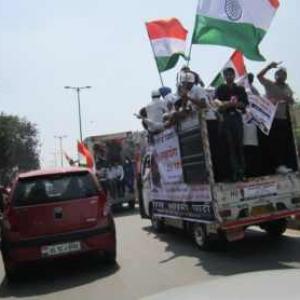 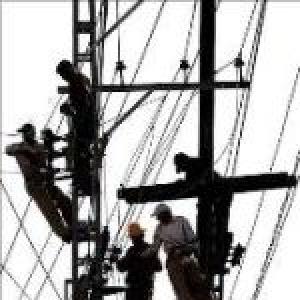