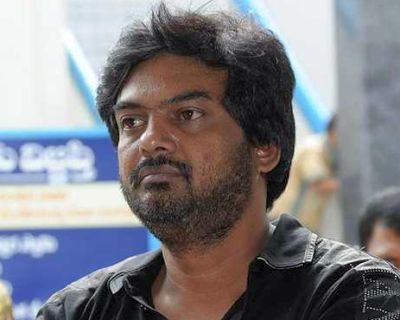 Telugu filmmaker Puri Jagannadh was on Wednesday questioned for around 10 hours by the Telangana excise department's Special Investigation Team in connection with a probe into the illicit drug trade busted in the city, during which he provided "certain clues", officials said.

Jagannadh appeared before the Special Investigation Team office in Nampally on Wednesday morning and left at around 9 pm. He cooperated with the investigators and also gave his blood sample, the officials said.

The department had last week issued notices under relevant sections of the Narcotic Drugs and Psychotropic Substances Act, to 12 Tollywood personalities, including actors, directors and producers, asking them to
appear before its SIT.

The excise department wants to quiz them on their alleged links, if any, with those arrested in the drug peddling racket.

The questioning of Pokiri director Jagannadh, who is also a screen writer and producer, began at 10.15 am and investigation is going on, Excise Enforcement Director Akun Sabharwal told reporters.

"Shyam Kumar Naidu (cinematographer) will appear before SIT on Thursday as part of the investigation into the drug cases," Sabharwal said.

Another senior excise official said Jagannadh cooperated with the investigators during the questioning and gave "certain clues" in connection with the racket.

Asked whether Jagannadh admitted to being a drug user himself, the official said doctors collected his blood sample and further details would be known only after the report comes out.

The names of some Tollywood personalities came out during the interrogation of persons arrested in connection with the drug racket. Eleven out of the 12 personalities have acknowledged to notices while one actress is yet to respond. She will be served the notice again, the official had said.

The focus of the investigation will be on whether they (to whom the notices were issued) were drug users, peddlers or suppliers, the official had said.

Among the 13 persons arrested since the racket was exposed on July 2 is a US citizen -- a former aerospace engineer who had worked with the NASA -- and seven B Tech graduates, most of whom were working with the MNCs in Hyderabad.

The racketeers would sell high-end drugs such as LSD (lysergic acid diethylamide) and MDMA (methylenedioxy-methamphetamine) after placing orders for them through the dark net and delivered the banned narcotics by courier. In some cases, the drugs were sent through courier from foreign countries.

The SIT has asked three major courier firms to come and meet them in connection with the investigation into these cases. A letter has also been addressed to Chief Post Master General, requesting support from postal department.

LSD, sold as tablets and liquid, is known to be one of the most potent mood-changing chemicals, while MDMA, commonly referred to as 'molly' or 'ecstasy', is a popular recreational or party drug.

According to the investigators, the gang catered to nearly 1,000 customers, including students of city-based schools and colleges, a film producer, senior officials of MNCs, besides some employees of IT firms in Cyberabad.

Telangana Chief Minister K Chandrasekhar Rao on Sunday directed police and excise officials to step up the probe into the case without fear of any political interference.

He had asked the officials to spare none, even if the person is a politician or a cabinet minister.