The Telangana high court on Saturday directed re-postmortem of the bodies of four accused in the gang-rape and murder of a woman veterinarian near here last month, who were killed in an alleged encounter on December 6. 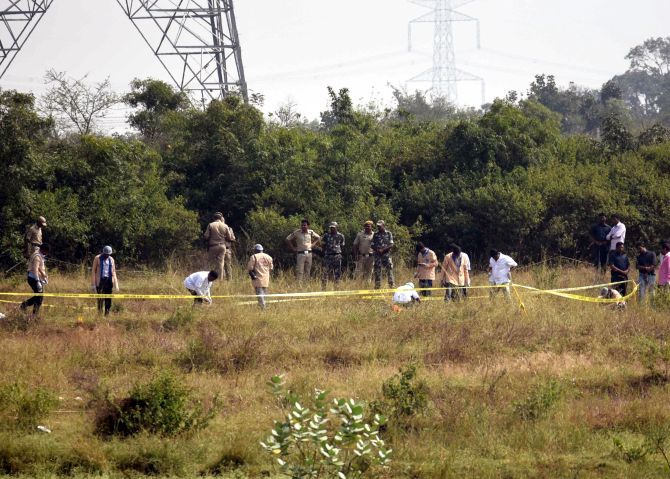 The bodies of the four accused are currently preserved in the state-run Gandhi Hospital in Hyderabad as per earlier orders of the high court, after some PILs were filed alleging extra-judicial killing of the men and claiming it was a fake encounter among others.

The bench further directed that the second autopsy should be conducted before December 23, and the report with their findings shall be submitted to the Registrar General of the high court.

After the postmortem the bodies can be handed over to the kin of the four men.

The doctors were further advised to express an independent view on the basis of the evidence collected by them.

The Bench also directed the chief of the special investigation team constituted by the State government to investigate into the encounter killings to seize all material objects such as case diary, movement register of the police officials, inventory of the weapons used by the officials in the encounter among others.

The same shall be placed before the commission constituted by the Supreme Court whenever requested.

The bench passed the orders after hearing a bunch of petitions seeking a direction from the court.

The bench further directed that the state government shall make all arrangements for the air travel of the medical team from AIIMS, for their accommodation and other facilities which would enable them to efficiently discharge the duty assigned to them.

On Friday, the Advocate General of Telangana argued the bodies of the four were already subjected to postmortem as per the guidelines of the Supreme Court and hence there was no necessity for passing any order for a re-postmortem.

However, the amicus curiae D Prakash Reddy had contended the bodies were preserved under the directions of the high court to consider the necessity of second postmortem and the Supreme Court also endorsed it.

The Supreme Court last week appointed a three-member Inquiry Commission headed by former apex court judge V S Sirpurkar to inquire into the circumstances leading to the encounter killing of the four accused in the gang-rape and murder of the veterinarian.

The four accused were arrested on November 29 for allegedly raping and killing thewoman veterinarian by smothering her and later burning her body.

Later on December 6, they were gunned down by police at Chattanpalli when they were taken to the site of offence for the reconstruction of the scene of crime as part of the investigation, near the culvert where the charred remains of the 25-year-old veterinarian were found on November 28.

The issue rocked the nation with widespread protests across the country seeking stringent punishment to the culprits.

The first post mortem was conducted on December 6, the day they were killed, in a state-run hospital in Mahabubnagar from where the bodies were subsequently shifted to Gandhi Hospital in Hyderabad.

The Cyberabad police had said its personnel resorted to "retaliatory" firing after two of the accused opened fire at police after snatching their weapons besides attacking the latter with stones and sticks, resulting in injuries to two policemen.

Source: PTI© Copyright 2021 PTI. All rights reserved. Republication or redistribution of PTI content, including by framing or similar means, is expressly prohibited without the prior written consent.
Related News: Supreme Court, Advocate General of Telangana, Director of All India Medical Sciences, AIIMS, Medical and Health Department
SHARE THIS STORY
Print this article 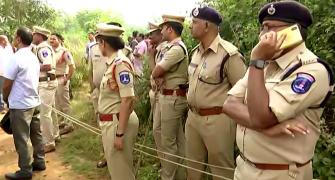 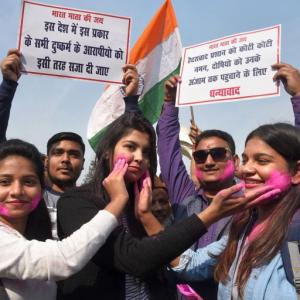 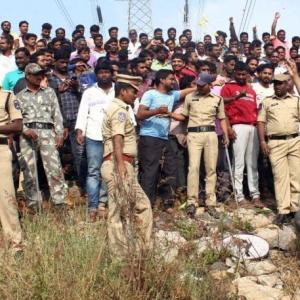