Banned militant outfit Indian Mujahideen's name has cropped up in the preliminary investigation into the twin blasts in which the toll climbed to 16 on Friday.

Investigators will also question Maqbool alias Zuber who was arrested in connection with the 2010 Pune blasts case.

There is also some evidence to show that the 13/7 Mumbai triple blasts and the Pune German Bakery blast are linked to one at Hyderabad. The questioning of Maqbool would be crucial for the investigators as he is the one who is said to have carried out the reccee along with Yasin Bhatkal at Hyderabad’s Dilsukhnagar.

The NIA would also visit the residence of Tabrez in Azamgarh, Uttar Pradesh, and try to get more clues regarding his whereabouts. Tabrez has, however, not returned to Azamgarh since 2008, and as per the statement of his family he had left to do his pharmacy course in Delhi in 2008.

The NIA says the main suspicion is on the Indian Mujahideen while they are also probing other angles to the case. The blasts bear a signature of the IM, but that is not sufficient to come to a conclusion. 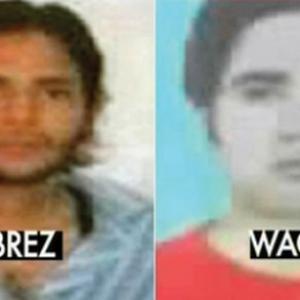