A day after a grenade blast in Guwahati injured 12 persons, Guwahati Police on Thursday recovered huge amount of suspected explosive materials along with arms and ammunition from a house. 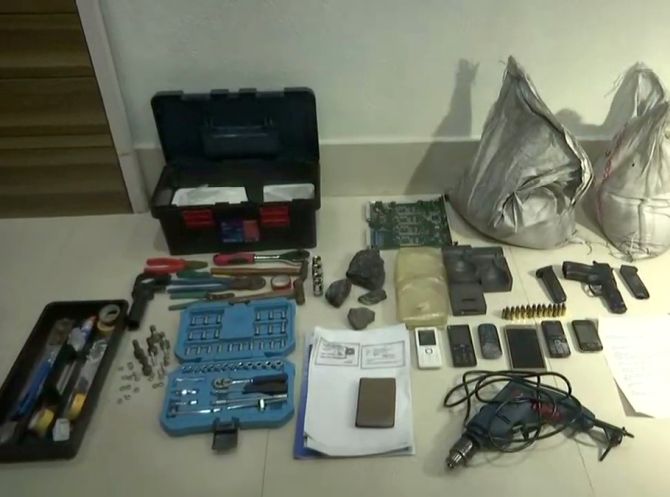 A couple has also been taken into custody for interrogation in this regard, police sources said.

Police started search operations at the house in Panjabari locality of the city and recovered large quantities of materials used in making bombs, arms and ammunition, a laptop and other incriminating goods, they said.

A forensic team has also reached the spot and is carrying out investigation.

"We can only confirm that suspected explosive materials have been recovered during the search operations," a senior police officer present at the site said.

Police sources said that the house was taken on rent about a month back by a woman and a person, "suspected to be a pro-talk ULFA militant", used to visit her.

When asked, Guwahati Police Commissioner Deepak Kumar declined to divulge details. "We are investigating the case and are on the right track. We are on the lead," he said.

At least 12 persons, including two SSB personnel and a woman, were injured in the grenade blast in front of a shopping mall in the heart of the city on Wednesday evening.

Visiting the spot, DGP Kuladhar Saikia had said that a police barricade was set up in front of the mall to conduct routine checks of vehicles, and it is suspected the grenade
was hurled aiming the police party.

The SSB jawans were on patrolling duty with Assam Police personnel near the barricade.

Local TV channels reported that ULFA(I) chief Paresh Baruah claimed responsibility for the blast, but the police refused to confirm it, saying a detailed investigation will bring out the truth.

A high-level security meeting has been convened on Thursday evening between the administration, police and the owners of the malls, the Kamakhya temple management committee, other units of different temples and in-charges of prominent places, officials said.

Assam chief minister Sarbananda Sonowal strongly condemned the incident and asked the DGP to carry out a thorough probe to nab the culprits immediately.

"Nobody would be allowed to commit such heinous crimes and strong action would be against those behind this dastardly act," he had said.

The blast took place hours after Sonowal chaired a high-level security review meeting on Wednesday with the top brass of the home department, including police. 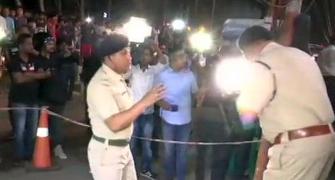 12 injured in grenade blast outside mall in Guwahati 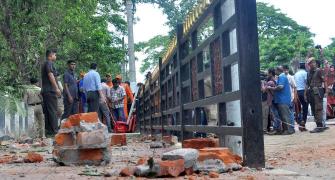 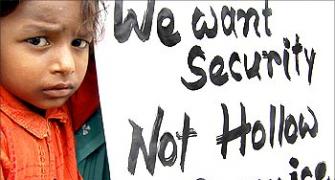 'People of Assam are not with ULFA' 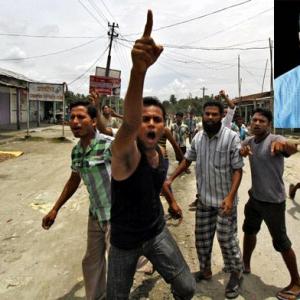 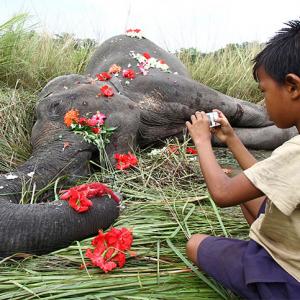