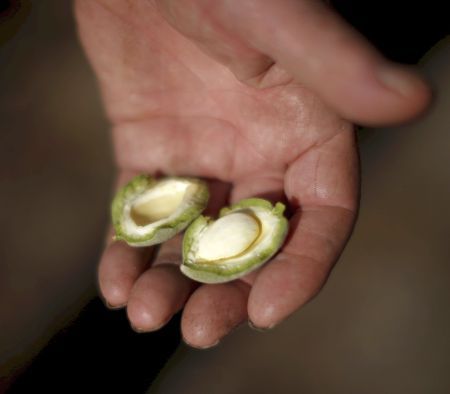 After clothes and ‘dupattas’, California almonds have emerged as the new product in cross-Line of Control trade in Jammu and Kashmir that are being used a mode of terror funding, according to the National Investigation Agency.

The NIA has registered a case in this connection and carried out searches on traders at trade facilitation centres at Salamabad in Kashmir region’s North Kashmir’s Baramulla district and Chakan-da-bagh in Poonch district of Jammu region.

According to the cross-LoC trade agreement between India band Pakistan, products grown in both sides of Jammu and Kashmir will be exchanged under barter system. The products included ‘Badam giri’ that is grown in parts of Pakistan-occupied-Kashmir.

During the searches, documents related to exchange of California almonds were seized by NIA and were being scrutinised, the NIA said.

The traders from PoK were sending and receiving California almonds and it is alleged that the money was used for funding of terror groups in the state.

The NIA said in a statement that reliable information was received that a large scale transfer of funds from Pakistan to India has been taking place, through the import of California almonds (badam giri) via the cross-LoC trade mechanism through the trade facilitation centres located at Salamabad and Chakkan-da-Bagh.

A case has been registered by NIA against unknown persons under the relevant sections of IPC and Unlawful Activities (Prevention) Act.

Earlier clothes and ‘dupatta’ were being used to finance terror in the state.