Since Justice D Y Chandrachud is one of the youngest on the bench and is slated to become the Chief Justice of India on the seniority principle, his views have special significance for the future, says M J Antony. 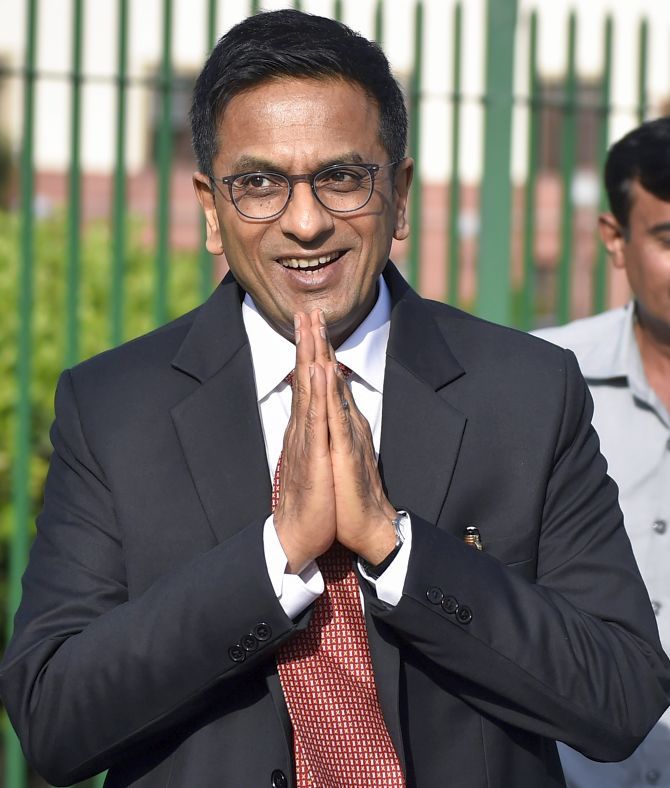 Minority views in constitutional judgments cannot be enforced, but they often carry “brooding wisdom” which becomes the majority view after a generation of judges.

This has happened in the Supreme Court several times in the past when dissenting views became majority views.

Therefore, the dissenting judgment of Justice D Y Chandrachud in the Aadhaar judgment on September 27, 2018, could be carrying seeds of wisdom that might be recognised by a later set of Supreme Court judges.

He could be ahead of his time.

Although the main judgment of the three senior-most judges, written by Justice A K Sikri, has gone against the all-pervading influence of the unique identity card, it has been soft on certain aspects, such as the right to privacy and the introduction of the scheme through a money bill.

But the Chandrachud judgment was emphatic on the violation of the right to privacy.

Earlier, he was on the bench that declared that the right to privacy was a fundamental right.

He wrote almost a thesis on the right in last year’s judgment in the case Puttuswamy vs Union of India.

The issue was sealed by a Constitution bench with Justice Chandrachud offering the jurisprudential thrust.

The separate Aadhaar judgment by him carried the right further, through his dissent.

According to him, the entire Aadhaar scheme since 2009 suffers from constitutional infirmity.

The judge has also expressed serious apprehensions about the risk of misuse of metadata and State surveillance.

The scheme, he writes, also has serious problems about exclusion and right of the marginalised sections of society.

He has agreed with almost all arguments of the petitioners against the Aadhaar scheme, and has become the champion of the privacy cause.

He was on the bench that recently decriminalised same-sex relationships.

The judge joined the Supreme Court in 2016 and soon raised many eyebrows when he wrote last year that the infamous judgment written by a Constitution bench during the 1975 Emergency was wrong.

The judgment had ruled that during an Emergency, citizens had no fundamental right, including the right to life.

His father was one of its authors, but filial affection for his late father, Chief Justice Y V Chandrachud, did not seem to have stood in the way when he overruled his father.

There was one dissenter then, Justice H R Khanna, and his “brooding wisdom” has now been upheld by Chandrachud Junior.

Chandrachud appears to be the favourite of Chief Justices.

Since his elevation to the court from the Allahabad high court, he has been sitting with successive chief justices in Court No 1.

Unlike other appointees, he has hardly moved to other court rooms.

Chief justices have been seen consulting him during counsel’s arguments.

Though junior, he is vocal.

When M Hidayatullah was appointed to the Supreme Court in the 1970s, he says he was told by his seniors to follow the tradition that juniors do not speak.

Chandrachud has broken the tradition, if there was one.

What he asks counsel becomes headlines in the media, and his observations are dressed up as court verdicts.

As a “speaking judge,” he is the favourite of the media.

When Hadiya, the Kerala girl who turned Muslim to marry a boy of that community, it was Chandrachud who was asking her all the questions about her free will, her plans for education and career.

Ultimately, she was freed from her parents’ custody.

Counsel who argue have been seen fumbling for answers to his questions.

His talent for public speaking has spread worldwide and he delivers lectures in several foreign countries.

A product of St Stephen’s College in Delhi and Harvard University, he has written papers on various subjects of law.

His son, a lawyer in the Bombay high court, has also taken after him and recently written a widely reviewed book on the process of appointment of judges.

Since his grandfather had the longest term as the Chief Justice of India, and that too when Indira Gandhi wanted “committed judges”, he might have gathered a lot of anecdotes from the family dining table.

Since the judge is one of the youngest on the bench and slated to become the Chief Justice of India on the seniority principle, his views have special significance for the future.

Political tumult is on the horizon, and the independent spirit of Justice Chandrachud should be a concern for any government that tries to manipulate or bypass the Constitution.