How the rebellion spun out of control in Arunachal

Following is the chronology of events in the Arunachal Pradesh crisis in which the Supreme Court on Wednesday ordered restoration of the dismissed Congress government by quashing all orders and decisions of the governor taken since December 9, 2015: 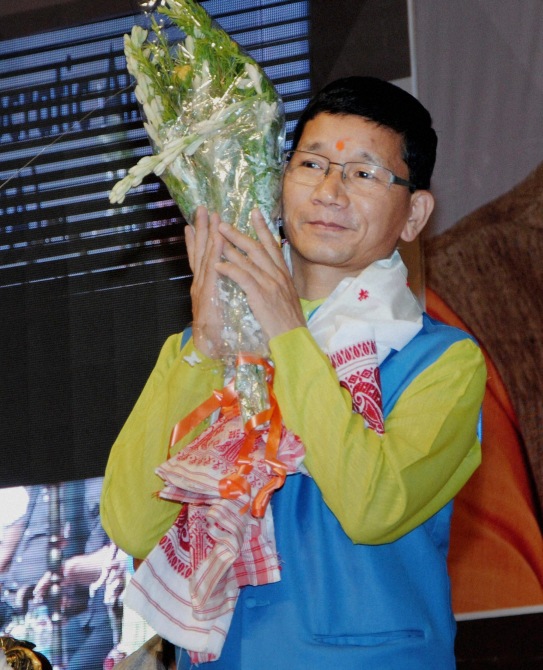 November 3: The governor orders summoning of sixth session of assembly, to meet on January 14, 2016.

December 15: The deputy speaker quashes disqualification of 14 of the 21 MLAs.

December 16: The deputy speaker says the speaker's decision that sixth session would not commence on December 16 was illegal.

December 16: The Tuki government locks the assembly. Corresponding assembly meeting is held in another building, attended by 33 MLAs. The resolution for removal of Speaker Nabia is passed and a new speaker is appointed.

January 13: SC orders not to hold any proceedings in the asembly till January 18.

January 18: The Congress tells the SC that the governor could not have acted on a resolution by opposition BJP MLAs and two Independents to advance the Assembly session.

January 25: The Congress moves the SC on recommendation for President's rule in Arunachal.

January 26: The Union Cabinet recommends President's rule in the state.

January 27: President's rule in Arunachal Pradesh comes under the SC scrutiny. SC seeks the governor's report on recommending central rule in the state, saying "it is too serious a matter".

February 1: The SC recalls notice to the governor, says they are immune.

February 2: The SC resumes hearing on pleas for examining the governor's powers.

February 4: The SC takes strong note of a submission that all decisions of the governor are not open to judicial review.

February 5: The SC questions the governor's order to advance Arunachal assembly session to December last year from this January.

February 9: The SC rejects plea of 2 rebel Congress MLAs against a Gauhati high court decision upholding the action of the then speaker accepting their resignations.

February 10: Governor Rajkhowa defends his actions in the SC, saying that the CM and the Speaker were "hand-in-glove" and trying to remain in power despite losing majority.

February 16: The SC refuses to pass an interim order on a Congress plea to restrain Governor from swearing-in new CM.

February 19: The SC rejects the Congress' plea for floor test in Arunachal assembly.

February 20: Pul sworn in as CM of Arunachal Pradesh.

February 22: The SC reserves verdict on batch of petitions dealing with discretionary powers of governor to summon or advance the assembly sessions, says it has the powers to undo the damage.