How the Delhi police cracked Aaftab's lies about Shraddha

Aaftab Amin Poonawalla, accused in the horrific Shraddha Walker murder case who was arrested recently, had attempted to mislead the police of Delhi and Mumbai in the initial days of the investigation. 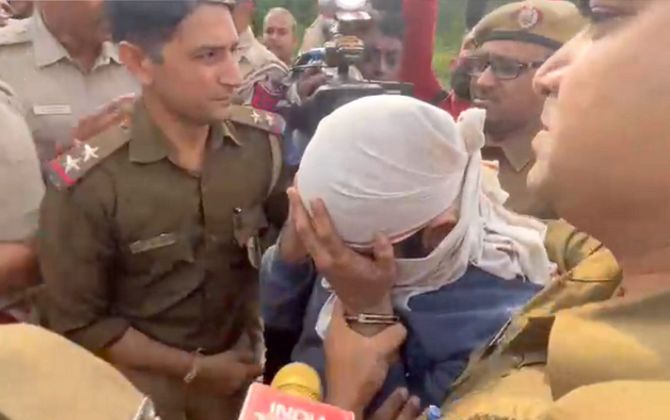 Aaftab had tried to hide Shraddha’s murder by removing any physical evidence from the house they stayed in, but he had left behind digital evidence that the police managed to trace.

When the Delhi police began their investigation, Aaftab told them that Shraddha had left the house on May 22 (she was killed on May 18) after a fight. He said she only carried her cell phone with her and had left all her belongings in his flat. He claimed that she was unreachable and he had not come into contact with her since then, according to police sources.

However, the truth came to the fore when the police checked the call data records (CDR) of the couple and tracked their location.

The biggest breakthrough the police got was the bank statement of the couple's accounts which showed a transaction of Rs 54,000 from Shraddha to Aaftab on May 26. This transaction exposed Aaftab's lie that Shraddha was unreachable after May 22 and he did not come into contact with her, the sources said.

The location where the bank transaction took place on May 26 also turned out to be the Mehrauli police station area -- where the couple stayed.

Besides this, on May 31 there was a chat from Shraddha's Instagram account with her friend. When the police traced the location of Shraddha's phone, it also turned out to be the Mehrauli police station area.

Aaftab could not answer the police’s question that if Shraddha had carried her phone along with her, why was its location being traced to his house?

It was at this moment that Aaftab admitted to the truth.

As the investigation proceeds further, the police may conduct a narco analysis test on Aaftab, the sources said.