Much before the rebellion by a section of Shiv Sena MLAs caught the party-led Maharashtra government off guard and became the talk of the town, these legislators had accomplished the task of giving the slip to their security personnel in order to head to Surat in Gujarat and later to Guwahati, where they are camping at present. 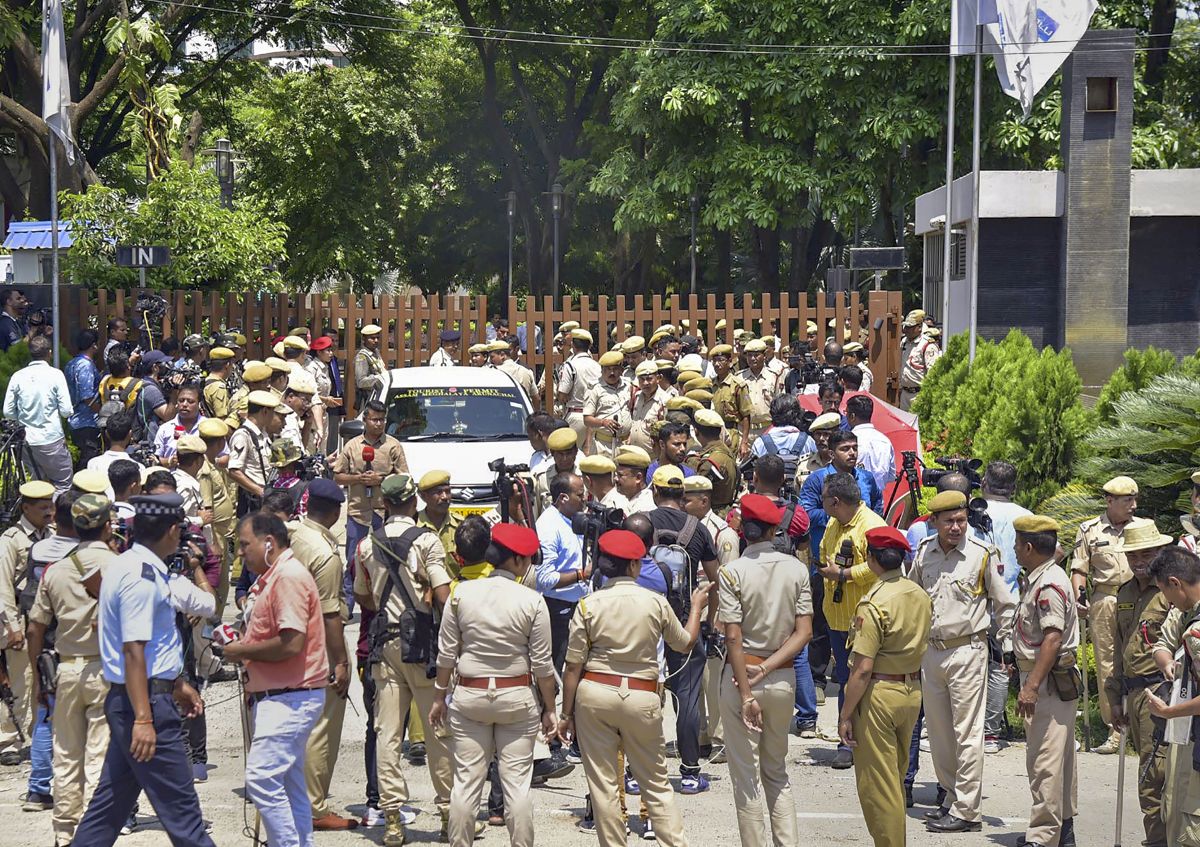 While what unfolds in the ongoing political drama involving these dissident MLAs led by Sena minister Eknath Shinde remains to be seen, it is beyond doubt that they succeeded in throwing dust in the eyes of their security guards as well as party workers in order to keep their plan of escaping to the neighbouring state a secret, which has now given rise to the talks of intelligence failure.

A police official said the legislators gave the slip to their security officials and the police personnel citing personal reasons so that the government machinery remains clueless about their plans.

From Tuesday, Maharashtra's ruling alliance -- the Maha Vikas Aghadi --started battling its worst crisis since coming into existence in 2019 after Shinde rebelled against the party and herded some MLAs, initially to Gujarat and later to Assam, both Bharatiya Janata Party-ruled states.

The crisis, which erupted hours after the Legislative Council polls held on June 20, which saw the opposition BJP managing to get its fifth candidate elected. Shinde had gone incommunicado following the results. He and a group of rebel MLAs first stayed in Gujarat.

Since Wednesday, he has been camping in a Guwahati hotel along with at least 38 rebel MLAs of the Sena and 10 independents. Their rebellion became public on June 21 morning.

Talking about how these legislators managed to escape, mostly from Mumbai, to Surat, located around 280 kms, a police official said, "Many of the MLAs, who have been provided protection by the state police department, told their security personnel that they had some personal work and asked them to wait until they return. However, they headed to Surat after that without informing them."

A Mumbai-based MLA was sitting in his office and sipping coconut water when he told his supporters that he would return in a few minutes and left the place, he added.

Another party legislator said that he had to go home for some work. A Yuva Sena office-bearer was travelling in his car, but after some distance the legislator forced him to get off and proceeded further, he said.

"Another legislator asked his security personnel to outside a hotel, saying that he had some work inside, but escaped from its another gate, leaving his guards clueless," he said.

As the MLA did not turn up, the security officials informed their seniors about it, the official said, adding that it happened in case of some other legislators too.

Four of these MLAs had categorised security cover. These leaders are Urban Development Minister Eknath Shinde, Minister of State for Home Shambhuraj Desai, ministers Abdul Sattar and Sandipan Bhumre has categorised, he said.

These four MLAs were guarded by the SPOs (special police officers) and security officials, but their security personnel were not aware of their plans as their personal itinerary was not disclosed to them, he added.

"By the time the SPOs informed about the movement to the protectees to their seniors, the MLAs had crossed the state border. All this drama unfolded within a span of a few hours. The police officials, posted for their security did not realise about the escape plan," he said.

Senior officials from the home department said there was no intelligence failure, as the state intelligence department had provided inputs about some Shiv Sena MLAs being in touch with the leaders of the opposition party leaders since the last few months.

"There was nothing on paper as everything was conveyed to the people concerned verbally, but no action was taken on the information," he said.

Two days back, NCP chief Sharad Pawar had reportedly expressed his displeasure to state Home Minister Dilip Walse-Patil, who is from the NCP, about the escape of Sena MLAs and questioned why the state home ministry and intelligence department did not alert the MVA leadership about rebel MLAs leaving Maharashtra for a safe haven in BJP-ruled Gujarat.