How BJP plans to defeat Tejashwi on his home turf

The Bharatiya Janata Party has done extensive planning to defeat the Leader of Opposition in Bihar assembly and Rashtriya Janata Dal's Tejashwi Yadav, on his home turf, Raghopur seat, in the forthcoming assembly polls. The top leader from the RJD is the chief ministerial candidate from the "Mahagathbandhan".

The National Democratic Alliance candidate from Raghopur assembly will be from the BJP as the seat has come in its half as a result of the seat-sharing arrangement with its ally Janata Dal-United.

The BJP is yet to finalise its candidate from the seat.

On condition of anonymity, a senior BJP leader from Bihar said that a strategy has been worked out to ensure Tejashwi's defeat from the Raghopur seat in Vaishali district, from where he is also the sitting MLA.

"The Bihar BJP has deputed dozens of dedicated cadres who are working day and night on the ground in Raghopur. They are working on the caste equation, as well as and taking opinion from cadres on the booth to block-level to increase the chances of the NDA candidate's victory. They are also motivating cadres that the RJD's top leader is not invincible. If BJP cadres work hard then definitely Tejashwi will have to face a tough time in the upcoming polls," he said.

The source, further added that in the general elections held last year, the RJD had registered a lead of merely 242 votes in the Raghopur assembly segment.

The BJP hopes to repeat its performance in the upcoming polls.

The BJP leaders believe the NDA can register a massive victory in the name of Prime Minister Narendra Modi and state leadership of chief minister Nitish Kumar in the elections.

The JD-U has been allotted 122 seats while the BJP has got 121 seats for the Bihar assembly polls.

The JD-U has given seven seats to Jitan Ram Manjhi-led Hindustani Awam Morcha from its 122 seats while the BJP has given 11 seats to Vikassheel Insaan Party from its share of 121 seats.

The counting of votes will take place on November 10. 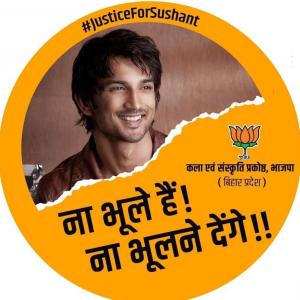