How a police raid in February led to Raj Kundra

Five people in the know narrate the sordid story that is fast exploding into a pornography scandal, allegedly involving businessman Raj Kundra. Some time on February 4, 2021, a Thursday, even as the city was reeling under the COVID-19 pandemic, when a team of sleuths from the property cell of the Mumbai police's Crime Branch swooped down on a bungalow in Madh Island -- a picturesque locale, often visited by picnickers, beach-bums, lovey-dovey couples in search of privacy, in Mumbai's northern suburb of Malad -- little did they know that this raid would lead to the arrest of businessman Ripu Sudan Balkrishna Kundra, known as Raj Kundra, five months later.

Kundra, 47, who was arrested by the Crime Branch on July 19 on the charge of being a 'key conspirator' in the alleged creation and publishing of pornographic content via mobile apps, has been sent to police custody till July 23 by a Mumbai court, along with his IT head Ryan Thorpe.

"These are professionally run businesses, with a profit motive, with professionals at the helm who rake in crores of rupees with a paltry investment of just a few lakh rupees (1 lakh = 100,000)."

According to these insiders, the investments include renting bungalows, away from the public and police's eye, that dot the scenic shoreline that stretches from Aksa Beach to Erangal to Dana Pani to Madh Island (local fishing villages in Malad).

The COVID-19 lockdown has proved to be a bonanza for this business.

The scary part is...

"First they cajole these girls into doing short auditions that involve intimate scenes. The reluctant ones are told that if they do their auditions well they would be given a chance to act in big banner Bollywood films, or high-paying modelling assignments."

"Gradually, they add on to inducements, higher payments which almost certainly don't materialise, sometimes threats too, and make them do semi-nude and kissing scenes as part of the auditions."

"Many girls have been threatened, blackmailed, asked to stay quiet; those who don't shut up are blackmailed by showing them their recorded clips or threatened that their careers would be finished if they act smart."

Raj Kundra's name cropped up in late February-early March when Umesh Kamat -- a former employee on Kundra's payroll who allegedly coordinated the HotShots app before he joined London-based Kenrin -- was taken into custody by the Crime Branch.

"We were able to link detailed clues of his (Kundra's) alleged involvement. He was called in for questioning on a number of occasions between March and July for his link with Armsprime Media, a celebrity app maker and content creator, in which he had invested in 2019. But he said he had resigned from the directorship of Armsprime Media last year and produced documents as well to that effect."

Visit the Web site and this is what flashes in front of your eyes: 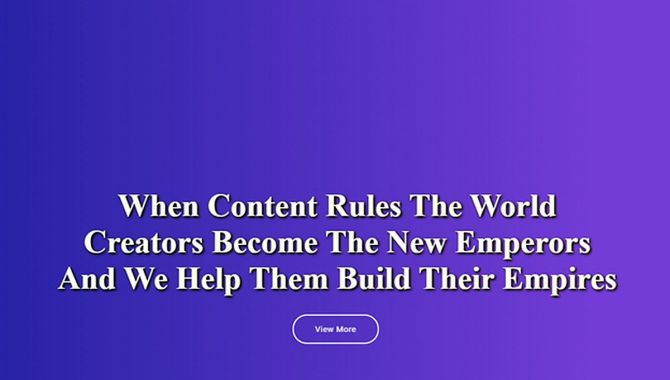 Scroll down and you will see a collage of celebs among four dozen thumbnails.

Interestingly, armsprime.com, which has a Twitter handle since 2019, has only 172 followers despite claiming to be 'India's largest content monetisation company for talented creators and allows only 'approved followers' to see its tweets. Note: An e-mail request sent to armsprime.com asking for comment went unanswered till this report was published.

The tab that gives information about the 'Team' that handles armsprice.com went missing just before midnight.

"While the content was created in India with the help of Indian citizens, the same was published and distributed by Kenrin Pvt Ltd, a London-based company, with whom Kundra's Viaan Industries allegedly has a tie-up."

"The company (Kenrin) is allegedly owned by Kundra's brother-in-law. During investigations we came across several apps that were used to stream the pornographic content and all these apps were developed by Armsprime Media."

A team led by Senior Inspector Kedari Pawar and Laxmikant Salunke, who later investigated the case till his transfer out of the Crime Branch, raided the bungalow in Madh Island and arrested five persons, including two women, setting off the chain of events that culminated in Kundra's arrest.

The Crime Branch team also rescued a 25-year-old woman, who was later sent to a rehabilitation programme.

"But soon after, the case was transferred to the property cell of the Mumbai Crime Branch (the team led by Inspector Kedari Pawar and Laxmikant Salunke) which raided the bungalow in the first place. The accused were brought here because the crime took place under our jurisdiction."