The Odisha government on Saturday said it will release five of the six rebels the Maoists have demanded for release of the Italian hostage, while another Naxal group holding MLA Jhina Hikaka extended the deadline to April 10 and demanded that five more persons be freed.

"The Maoists have sought release of six persons. The state government has decided to facilitate the release of five of the six," Chief Minister Naveen Patnaik said in a statement in the state assembly.

Mounting pressure on the state government, Maoist leader Sabyasachi Panda had yesterday threatened to take the "extreme step" against the 54-year-old Italian hostage Paolo Bosusco if his demands were not met within 96 hours.

Terming as "incorrect" that views of B D Sharma and Dandapani Mohanty, negotiating the release of the Italian, were not taken into consideration, Patnaik said the two had categorically stated that the rebels wanted six persons -- Arati Majhi, Manohan Pradhan, Suka Nachika, Chakra Tadingi, Bijay Tadingi and Subhashree Das, released.

"I appeal again to the Odisha State Organising Committee of CPI (Maoist) headed by Panda to release the Italian national unharmed and immediately," Patnaik said.

He also appealed for the immediate release of Hikaka, the tribal BJD MLA from Laxmipur.

Rejecting Odisha government's offer of releasing 23 prisoners, the Maoist group holding Hikaka captive extended the deadline for fulfilment of their demands till April 10 and sought release of an additional five persons.

A senior leader of Maoist Andhra Odisha Border Special Zonal Committee told the media over telephone that the MLA was safe and the deadline which was to end today, was extended to April 10.

Besides the 23 prisoners, the Maoist group demanded release of five more persons -- one rebel and four members of Maoist-backed

Chasi Mulia Adivasi Sangha who were in jail in Koraput.

Meanwhile, the state government and the Maoist mediators held fresh talks on the demands to be met for the release of Bosusco.

"Considerable progress has been made during talks. We will hold more discussion and the process is likely to conclude soon," Home Secretary U N Behera, who led the three-member government side, told reporters after the meet.

Though what exactly transpired at the meeting was not clear, sources said both sides were believed to have discussed names of prisoners to be freed.

Panda's insistence on a written agreement on fulfilment of demands was also understood to have figured at the meeting, sources said.

Bosusco, a Puri-based tour operator, was abducted with another Italian Claudio Colangelo on March 14 while they were trekking in Kandhamal district. Colangelo was freed on March 25 as a "good will gesture" by the ultras.

Hikaka was abducted in Koraput district on March 24 while he returning home at Laxmipur.

The hostage issue figured in the state assembly with members of the opposition Congress voicing concern about the fate of Hikaka and Bosusco.

Congress member Dambarudhar Ulaka said a feeling of insecurity had gripped legislators from Maoist-hit areas.
Source: PTI© Copyright 2021 PTI. All rights reserved. Republication or redistribution of PTI content, including by framing or similar means, is expressly prohibited without the prior written consent.
Print this article
EPL: Spurs held to goalless draw at Sunderland 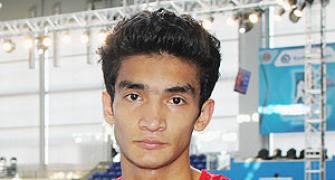 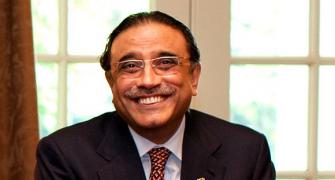 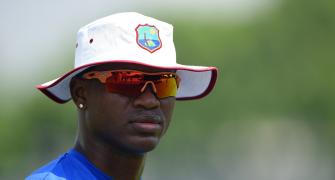