Fire at hospital: Kin in dark about patients' condition

Angry relatives of coronavirus patients admitted to a private hospital in Ahmedabad where a fire claimed eight lives on Thursday alleged they were not informed about the incident. 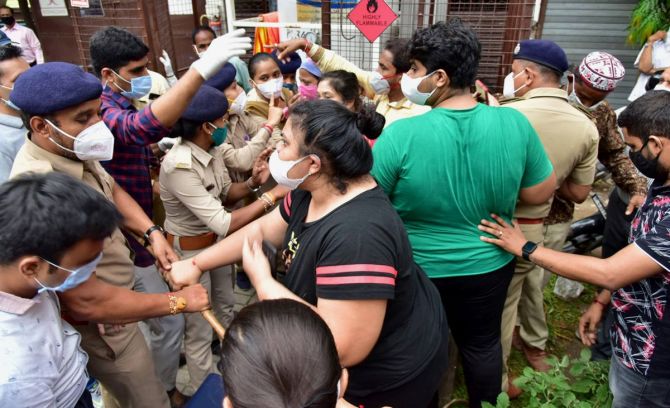 IMAGE: Police personnel stop kin of the victims to enter Shrey hospital after a major fire broke out in the wee hours, in Ahmedabad. Photograph: PTI Photo

As the hospital was sealed for investigation, some of them were still clueless about how their ailing relatives were doing after being shifted out.

Five male and three female coronavirus patients died after a fire broke out on the fourth floor of Shrey Hospital around 3.30 am. Preliminary probe revealed that it was caused by a short circuit, officials said.

"My grandfather was admitted four days ago. The hospital had our contact numbers, but nobody called us to inform that he died in the fire," said a man.

They learnt about the fire from news channels, he said.

A relative of two COVID-19 patients who were shifted to a civic-run hospital after the fire said he was still clueless about their condition.

"My mother and elder brother were admitted to Shrey Hospital three days ago. It was only after my colleague called me up in the morning that I learnt about the fire," he said.

By the time he reached the hospital, the two had been shifted.

"I called up my brother but he is not answering his phone. I do not know how they are doing, because my mother has breathing problem," the man said.

Another man whose 70-year-old grandmother was shifted to government-run SVP Hospital said he was still trying to find out how she was doing.

Agitated relatives were seen arguing with the police outside the sealed premises, as they sought information about the patients.

"They are not giving us any information and not letting us know how our family members are doing. They did not call us at all. They would call us only when they had to collect money," said an angry relative.

Source: PTI  -  Edited By: Roshneesh Kmaneck© Copyright 2020 PTI. All rights reserved. Republication or redistribution of PTI content, including by framing or similar means, is expressly prohibited without the prior written consent.
Related News: SVP Hospital, Shrey Hospital
SHARE THIS STORY
Print this article 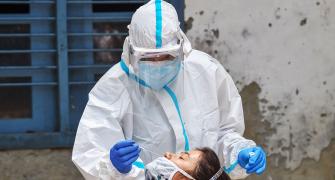 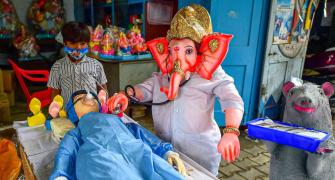 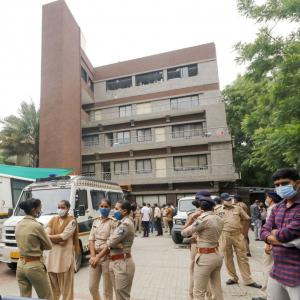 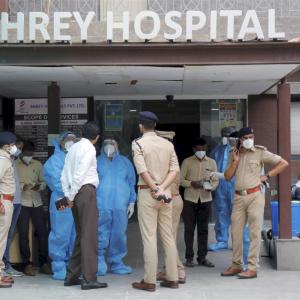