The search for the AirAsia plane that went missing off Indonesia with 162 people aboard was on Tuesday expanded to include land areas, as multinational teams scoured for any traces of the jet for a third day without any success. 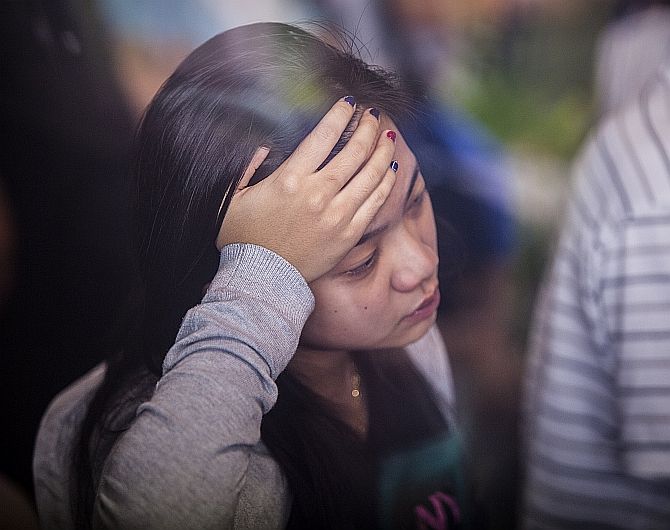 At least 30 ships, 15 aircraft and seven helicopters have joined the search for the AirAsia flight QZ8501 that went missing on Sunday morning after taking off from Surabaya in eastern Java on its way to Singapore, said Indonesia's Search and Rescue Agency chief Henry Bambang Soelistyo.

The multinational operation, led by Indonesia, has been joined by Malaysia, Singapore and Australia, with other offers for help from countries like India, South Korea, China and France. The US destroyer USS Sampson is on its way to the zone.

The United States was formally asked to assist in the operation, even though none of the passengers are American. 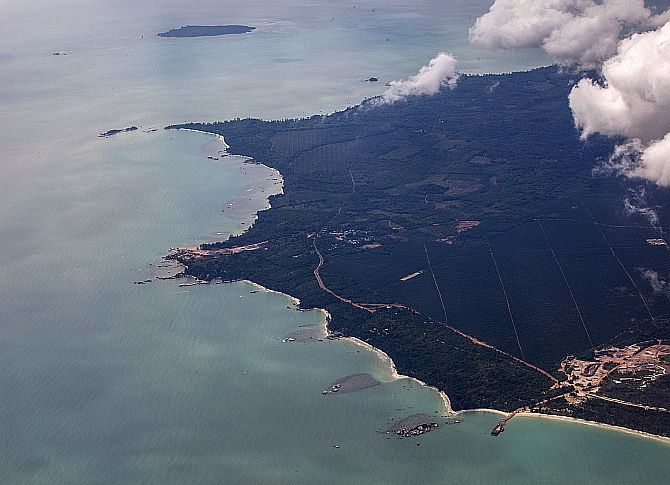 Several sightings, including something that resembled oil spill east of Belitung island, turned out to be false alarms.

The search by Indonesian Air Force planes spotted two pools of possible oil slick yesterday but these were later determined to be shadows from underwater coral. Two fishermen who reported hearing or seeing the plane are being taken out on Tuesday by search and rescue teams to that area.

The search teams are also checking the area where Indonesian navy helicopter crews saw smoke, but authorities do not know whether there is any connection to the missing jet. 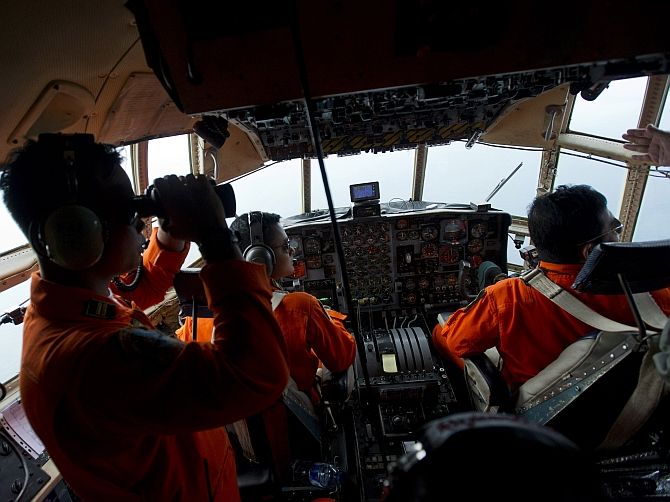 The search area, originally divided into seven sectors, is now being expanded to 13, covering air, sea and land.

The search area between the islands of Sumatra and Borneo would be expanded, Soelistyo said.

Authorities would begin scouring islands in the area as well as land on Indonesia's side of Borneo. So far the focus of the search has been the JavaSea.

On Monday, Soelistyo had said that the "preliminary suspicion" may be that the plane is at the bottom of the sea. 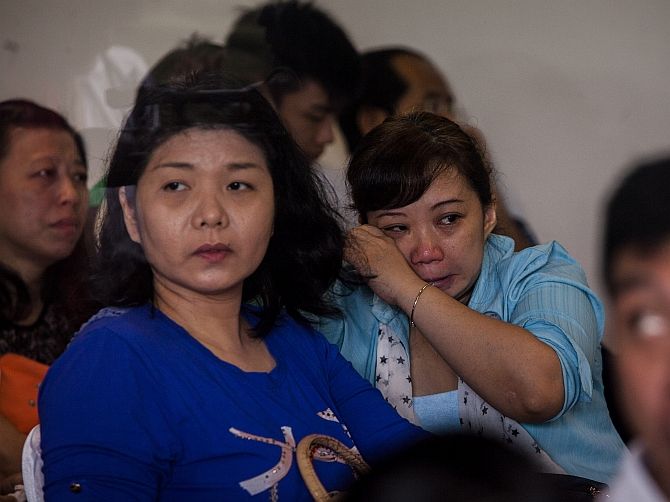 The Airbus A320-200 was flying over the JavaSea in Indonesian airspace when communication with air traffic control ceased about 42 minutes after take-off.

The aircraft was to land at Singapore's ChangiAirport at 8:30 am. The pilot had asked for a new route minutes before he went off the radio, air traffic control has said.

The flight was carrying 155 passengers -- one British, one Malaysian, one Singaporean, three South Koreans, 149 Indonesians -- and seven crew members -- six Indonesians and a French co-pilot.

Seventeen of the passengers were children. There were no Indian nationals on board.