Honouring the brilliance behind high speed WiFi and 4G

For developing technology that is at the heart of high speed WiFi and 4G mobile systems Arogyaswami Paulraj receives one of the highest honours in science, the Marconi Prize 2014.
P Rajendran/Rediff.com reports. 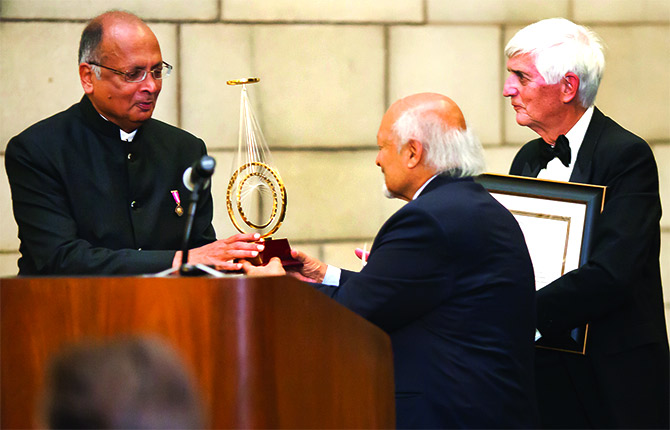 For a formal function in Washington, DC, the mood was disarmingly mellow, the settings convivial.

It was where Dr Arogyaswami Paulraj was to be named a Marconi Fellow, the top honour in communications engineering.

Held in the Great Hall of the National Academy of Sciences Building in Washington, DC, it had drawn a gathering of Marconi Fellows, Young Scholars and others, most of whom appeared to see the honour as a formality, a fact long accepted, and all but done with.

They were comfortable chatting with each other, their voices reverberating in the cruciform Great Hall and echoing around the dome in the middle, rising nearly 60 feet high.

The building itself grandly celebrates the sciences all over -- depicting the planets, the signs of the zodiac (presumably a bow to astronomy), Egyptian, Green and other motifs about the spirit of inquiry.

The hall, designed in Art Deco style with Byzantine influences, has on one wall, a mural of Prometheus stealing fire from the gods with help from Athena, the Greek goddess of wisdom.

'He really, really has strived to live a life of integrity'

"Now that we have grown up and we have our careers, I absolutely understand why my dad did what he did. His contribution to humanity, I think, makes it all the more worthwhile in perspective," Professor Arogyawasmi Paulraj's daughter Nirupa says.

She also understands it better now that she has grown up and, along with her husband, has to deal with an unrelenting schedule.

She says her father gave her and her older sister Mallika valuable lessons: 'Work hard, don't give up on whatever it is you are striving to achieve, don't let setbacks hold you back.'

"In the third grade he tried to teach me calculus. I think that's when I realised that my aptitude didn't lie with math," she laughs. "I was not going to be an engineer after that."

She says there are tons of funny stories in the family about Professor Paulraj's absentmindedness.

Her mother Nirmala had told her some interesting ones. One of them described the time her father was carrying Nirupa around when she was but a baby. Forgetting that he had the baby in hand, he suddenly decided she was missing, and went rushing to his wife in a panic, baby still in hand, asking, 'Where's the baby, where's the baby?!'

Speaking of him as a professional, Nirupa says, "I've never met someone more steadfast in his dedication to his goals."

Despite what other engineers described as requirements for success, Professor Paulraj, while steadfast, hardly seemed ruthless.

"I actually never thought of that, because I didn't think ruthlessness is necessary..." she says, "Maybe that's telling. I didn't realise that ruthlessness was necessary because, you know, I see my dad. I didn't even realize it was part of the equation... He puts kindness and service to humanity as huge priorities in his life. He really, really really has strived to live a life of integrity."

She says his family and friends are very proud of him winning the Marconi Prize. "I hope he can finally enjoy from here on out and then take some time to relax," she says.

It is not visible from the floor but in the dome is depicted a host of researchers toiling away at their respective disciplines, and the planets discovered at the time the building came up.

The day's symposium began with a session on the future of MIMO (Multiple-Input, Multiple-Output), the discovery that made Professor Paulraj, winner of the India Abroad Award for Lifetime Achievement 2013, world famous, given its impact on wireless communication and, correspondingly, cell phone technology.

After a speech by Commissioner Jessica Rosenworcel of the Federal Communications Commission, and a session on keeping the Internet open and evolving, the guests retired to prepare for the award function itself.

As usual, Professor Paulraj was dressed formally -- in a black Nehru jacket with deep aquamarine buttons, the only decoration being the Padma Bhushan he was awarded for his work on India's groundbreaking sonar systems.

He admits he feels a little overwhelmed being considered on par with people like Vinton Cerf and Robert Kahn, often described as the fathers of the Internet; Tim Berners-Lee, the inventor of the modern Web; Arthur C Clarke who came up with the idea of geostationary satellites; and a host of other winners, some of whom were right there with him.

After the Young Scholars awards were given to Dr Himanshu Asnani, for his work on better managing information transfer, and Kiseok Song, for his research on wearable biomedical units, and once dinner was done with, N Parthasarathi, then the consul general for India in San Francisco, came up to speak.

A mechanical engineer by training, Parthasarathi described recent amazing advances, including a biomedical patch he wore that measured his blood pressure and other vitals and warned him if any wandered out of the safe zone.

He described the sonar Paulraj developed, the three labs he set up in India, and MIMO, and the idea he developed while sitting at a barber shop and mulling over certain anomalous results his team had collected.

Parthasarathi said he might try the barber shop, too, had it not been for his receding hairline. And the audience laughed appreciatively. 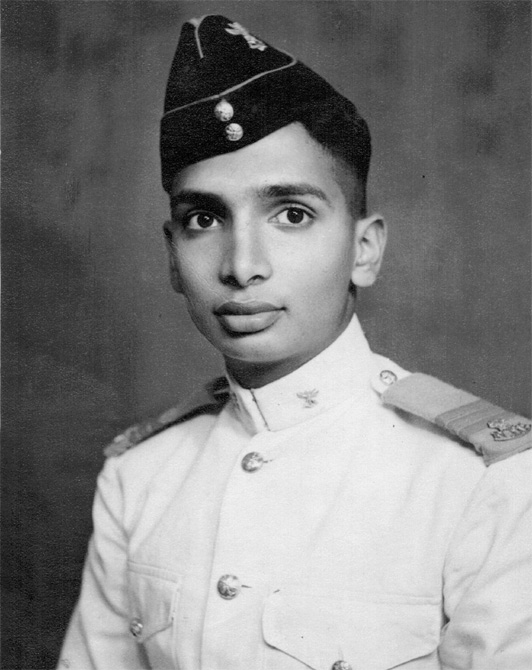 "After achieving so much, (Paulraj) he's such a fine person. He still has the same curiosity, the same commitment to hard work."

"Whenever you present such an award it enhances the stature of the individual," he said.

"But in my view sometimes when you present such awards to individuals and scholars like Dr Paulraj, it also enhances the stature of the award itself."

Image: Professor Paulraj as a young Indian Navy cadet. After developing the Indian Navy's sonar systems -- an achievement he is proudest of -- he retired as a Commodore and then traveled to Stanford University at age 48 to begin another glorious career in invention and science.

He said the Marconi Prize honours not just people who came up with new technologies, but those who made a difference.

Helmut Bolcskei, a professor at ETH Zurich and a former student of Professor Paulraj, described how his adviser had come up with the idea of MIMO soon after observing that a receiver could distinguish between two cell phones close to each other when they were indoors but not in the open.

"I've known Paulraj for 15 years, and have seen him as a person of utmost integrity, always putting the interest of his students, colleagues, co-workers first. His qualities are aptly summarized by Thomas Kailath in the introduction to the book published on Paulraj's 60th birthday... 'Paul has been, at different points in his career, a scientist, engineer, teacher, manager and adviser, sometimes many of these at the same time. And to everything he has brought dedication, vision and humanity which, combined with his scientific and technological abilities, has transformed everything he has worked on'."

As the speakers described him, his wife Nirmala kept looking at him, smiling rather broadly. As Professor Paulraj is given to doing, he kept his attention on the speaker of the moment, and blinking his slow blink, though there was some irritant in his eyes that seemed to have him dabbing at them at intervals.

Given how familiar everyone was with one another, Professor Thomas Kailath, Professor Paulraj's mentor, teacher and champion, was introduced, with all praise being directed not at his work -- or the fact that the next day he would be named as one of the winners of the US Medal of Science -- but for his likability.

Professor Kailath thanked the Marconi Society for letting him give the awards to two students, first John Cioffi and now Professor Paulraj.

He said while he could speak on about Professor Paulraj, two words that described him was "consistently brilliant."

"Paul may easily be the hardest-working person that I know. Students have reported to me that they see him in the lab when they are going home at 2 and 3 am."

And he doesn't come too late in the morning, either. Minor things like a pacemaker or a knee replacement surgery don't slow him down. Maybe a week, and then he's back, travelling to India for four days."

After a few more words of praise, he gave Professor Paulraj the Marconi Prize.

The crowd rose to applaud him, but Professor Paulraj may have missed some of it. There was still something in his eye that he had to dab at. 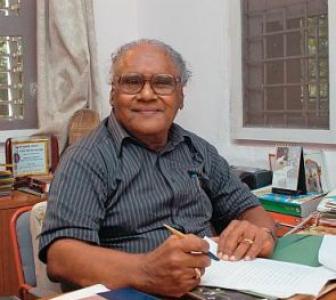 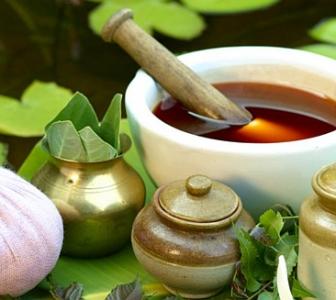 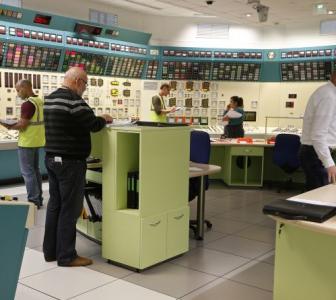