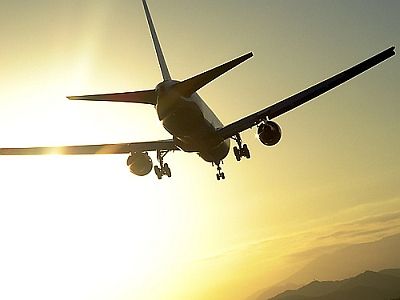 Two international flights were called back while one which was preparing for departure from the Indira Gandhi International Airport in New Delhi was taken to an isolation bay due to a bomb scare early Saturday, sources said.

At 01.30 am a threat call was received at the Delhi Airport's call centre in Gurgaon.

The caller claimed that there were bombs on three international flights -- 9W078 of Jet Airways to Hong Kong, CX694 of Cathay Pacific also bound for Hong Kong and LX147 of Swiss Air to Zurich which later turned out to be hoax, airport sources said.

However, by that time, Jet Airways and Cathay Pacific flights had already left while Swiss flight was preparing for departure, they said.

"The Bomb Threat Assessment Committee declared threat as specific at 2 am. Both the Jet Airways and Cathay flights were called back and taken to isolation bay after landing under emergency conditions. Swiss Air flight which was on-ground was
also sent to isolation bay," sources said.

A thorough search of the aircraft, passengers and their baggage was carried out by the security agencies and later all the three flights were cleared for take-off by them, sources said, adding that emergency was called off at 2:40 am.

"Jet Airways flight 9W078, which departed from Delhi at 0127 hrs for Hong Kong, returned to Delhi due to security reasons. The aircraft with 194 guests and 12 crew on board landed safely in Delhi at 0224 hrs.

"All guests and crew disembarked without any incident and were taken to the airport terminal. Safety of our guests is our number one priority. We regret the inconvenience caused to the guests," said a statement issued by the airline.

Sources said that some Air India flights from Delhi airport too were delayed due to bomb threat call on Friday evening.

"Call was made to Air India control room at 9 pm on Friday. Though the threat was non-specific, as a precaution some flights were checked. The caller has been traced," sources said.