A Hindu temple has been vandalised by a person in Pakistan's southeast Sindh province, according to the police. 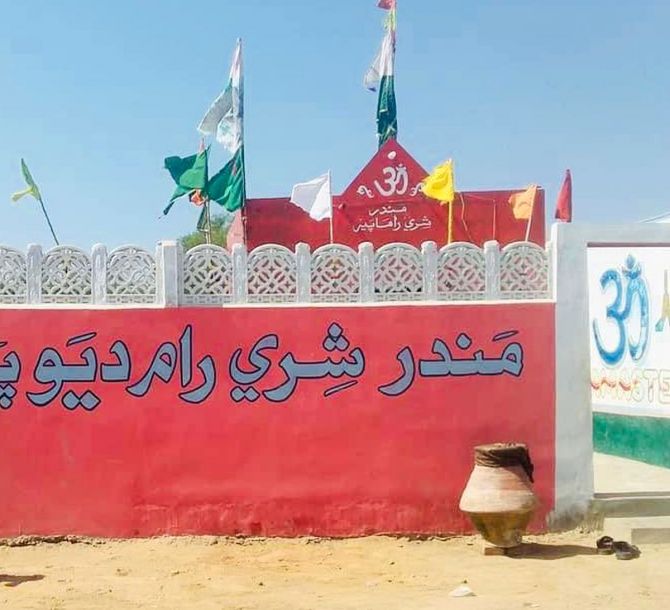 One person has been arrested and a case registered in connection with the incident which took place on Saturday, The Express Tribune reported.

According to the police, complainant Ashok Kumar alleged that suspect Muhammad Ismail damaged the idols kept in the makeshift temple in the remote Badin district and fled.

A Badin police spokesperson said that the suspect was arrested within a few hours of receiving the complaint.

"We are yet to confirm if he (Ismail) is mentally stable and deliberately destroyed the murtis (idols)," the officer said.

According to the official estimates, 75 lakh Hindus live in Pakistan, mostly in Sindh province.

Incidents of violence against the minority community in Sindh have frequently been reported.