News
Business
Movies
Sports
Cricket
Get Ahead
Money Tips
Shopping
Sign in  |  Create a Rediffmail account
Rediff.com  » News » 'Trump is the only president to acknowledge Hindus'

'Trump is the only president to acknowledge Hindus'

Donald Trump's market-friendly policies, tough stance against China and acknowledgement of the contributions of the Hindu community in the United States have struck a chord with a group of Hindu-American women who are rooting for the Republicans to ensure that he wins the November 3 presidential election. 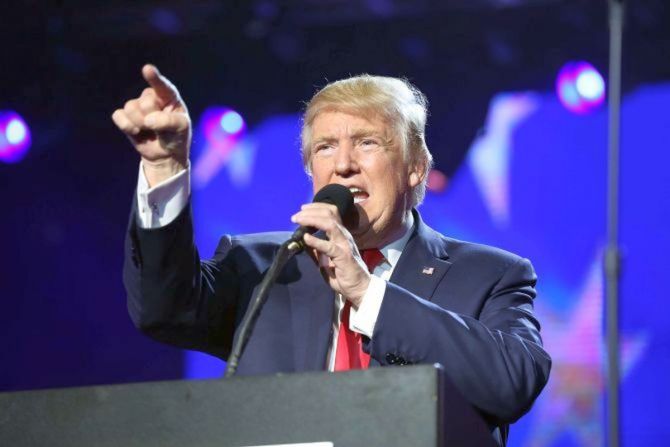 Participating in an online session, a panel of Hindu-American women, from different walks of life, expressed their strong views in favour of President Trump.

Karishma Himatsinghani, a media entrepreneur from Dallas, said she is neither a leftist nor a rightist, but a moderate centrist who finds Trump treading a centrist path in programmes and policies.

It is the leftist media that has affixed an image of right-wing on Trump as a matter of political expediency. Trump's focus is on keeping the economy going during the uncertain COVID-19 crisis. The president's commitment is reflected in tax-cuts for businesses and removal of regressive government regulations that impeded economic activity, Himatsinghani said.

'Look at the way the Democrats have responded to the recent riots in Oakland, Seattle and elsewhere, where they are seen as endorsing the rioters, which should ring alarm bells for all voters. How are we supposed to survive with lawlessness on the streets, where law enforcement agencies are undermined and attacked by a certain political class?' she asked.

Srilekha Palle, a healthcare administrator, took a dig at the Democrats.

'Do you want education for your children dictated by the big government, or by you as a parent; do you want healthcare to be decided by doctors and healthcare professionals and costs driven by the market, or to be decided by the unaccountable big government; if you want your lives to be governed by government bureaucrats vote for Democrats, but if you want to live in a free society, vote for Republicans?' Palle asked the panelists.

Trump, Palle said, has strengthened India-US relations where he has taken unprecedented steps to recognise India's concerns on terrorism and the threat posed by China.

By renaming the whole region as Indo-Pacific, the president has finally recognised India's stabilising role in global affairs, Palle said.

Vandana Mangalick, who said she was a lifelong Democrat from Minneapolis who voted five times for that party, highlighted the Democrats's stance on Kashmir and the Citizenship (Amendment) Acct.

'The Democrats are supposed to stand for human rights for the persecuted. But why have six Democrat-controlled city councils, passed anti-India resolutions, opposed CAA? What business do city councils have meddling in a sovereign country's affairs?' he asked.

'I am a product of a stereotypical Bengali intellectual family environment, where social welfare, social reform, and liberal thought is worshipped, but what is going on in the US today is that a noble purpose of social justice, has been hijacked to serve a partisan political purpose, and extremists are masquerading behind social justice to spread mayhem in the society,' said Dr Paramita Sarkar, a scientist.

Radhika Garimella, another recent Democrat, said there was a vast gap between what the Democrats promise and what they actually deliver.

The Democrats have decided to harbour and nurture socialists like Bernie Sanders, she claimed, adding that there is no choice but to leave the party and join the Republicans to ensure a massive victory for Trump. 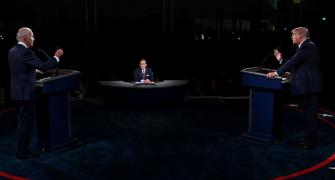 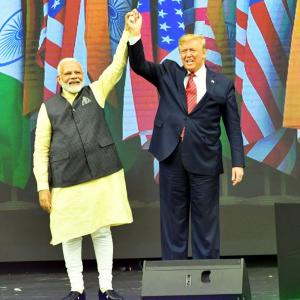