Highest single-day rainfall in September brings Delhi to its knees

Heavy rains that lashed the national capital on Wednesday morning led to waterlogging and traffic snarls in many parts of the city, including the Minto Road railway underpass, while several low-lying areas were submerged. 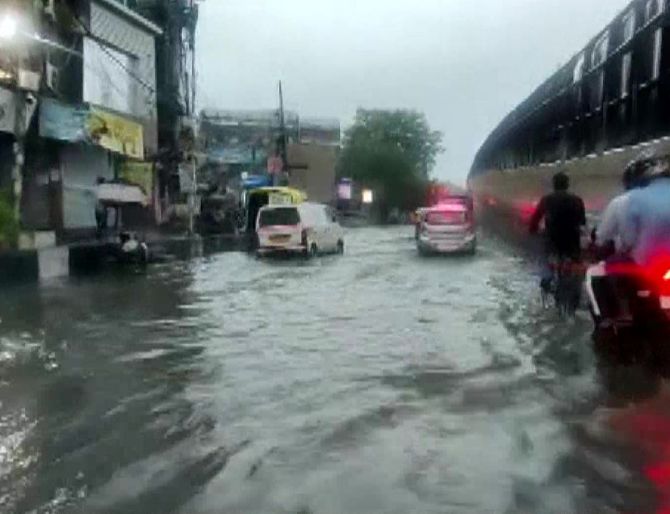 Delhi saw the highest single-day rainfall in September in at least 12 years, with weather stations in the city recording 112.1 mm rainfall in 24 hours ending at 8:30 am on Wednesday.

The traffic police had to shut the underpass for vehicular movement due to waterlogging there.

"Traffic movement on Minto Bridge (both carriageway) has been closed due to waterlogging. Traffic diverted from Connaught Place towards Barakhamba and traffic coming from Kamla Market side diverted towards Deen Dayal Upadhyay Road," it said in a tweet. 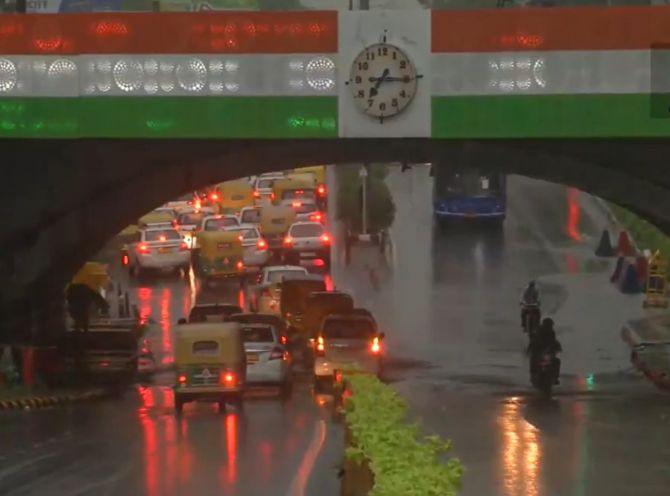 On an average, the capital gauges 125.1 mm precipitation in September every year, according to the India meteorological department.

This means that Delhi recorded 90 per cent (112.1 mm) of the monthly quota of rain on the first day of the month.

The IMD has issued an alert for "one or two spells of moderate rain" and "heavy rain at isolated places" in Delhi-NCR. 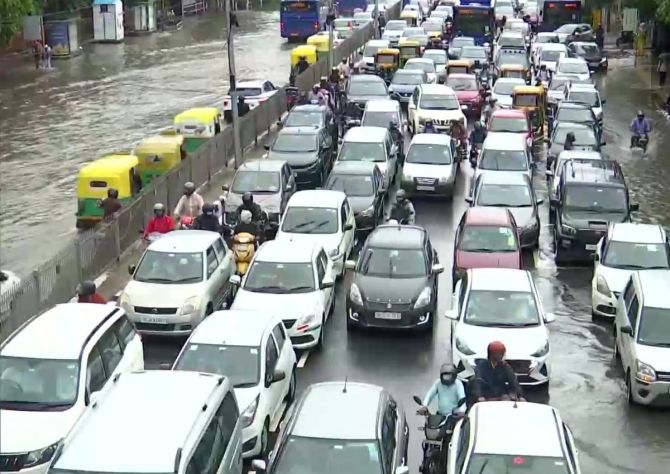 The traffic police has issued advisories for commuters, mentioning the traffic obstructions due to waterlogging.

”Zakhira underpass is closed due to waterlogging. Kindly take alternative from Anand Parbat/Roshanara Road. Obstruction in the carriageway from Dhaula Kuan towards 11 Murti due to heavy waterlogging. Traffic is moving in one lane,” the traffic police said on Twitter.

It said that traffic at Azad Market Subway towards Pratap Nagar has been obstructed due to waterlogging and appealed to commuters to avoid the stretch.

The intensity of rain was such that it reduced visibility on roads and the traffic department had to issue an advisory for commuters to put on the headlights of their vehicles.

”It is advisable to put your vehicle headlights on during the rainy season to increase visibility,” the traffic police said. 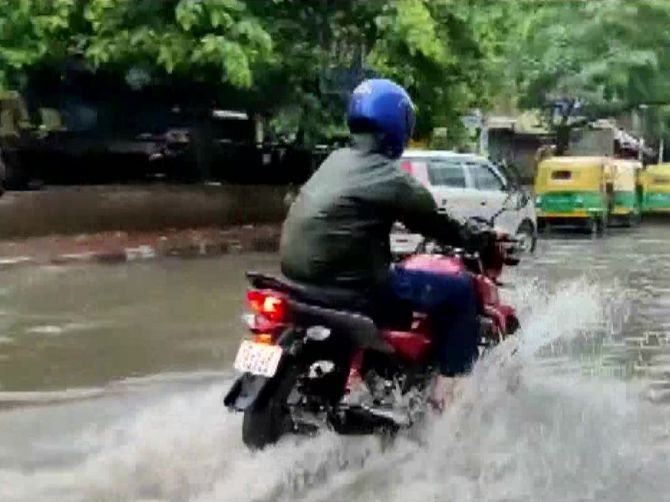 PWD officials said that waterlogging complaints were being addressed without delay.

”Due to high intensity rains waterlogging occurred at a number of locations in the city. Our field staff is on the ground to tackle waterlogging issues,” a senior PWD official said.

The IMD said more rainfall is likely during the day.