The Rajasthan Police has sounded a high alert across the state after information was received that four terrorists have infiltrated into India along with an agent of Pakistan's intelligence agency Inter-Services Intelligence. 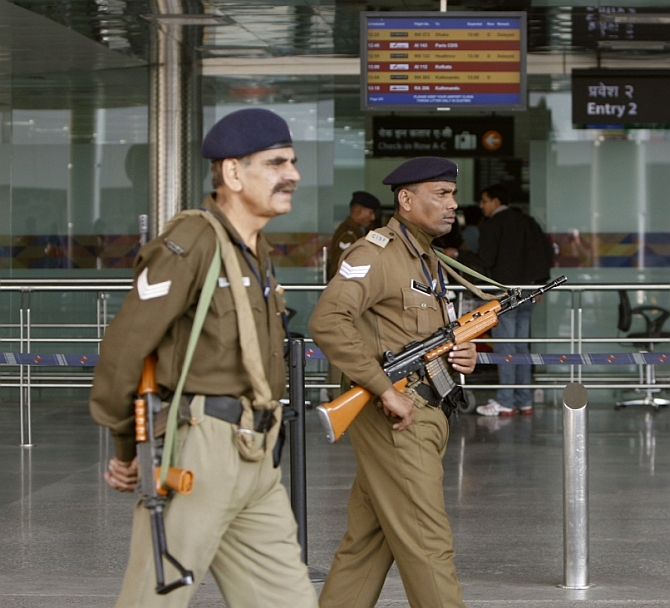 All district superintendents of police in the state have been asked to stay vigilant. Sketches of all the terrorists have also been released, a senior official said on Tuesday.

He said the high alert was issued after information was received that four terrorists have infiltrated into India on Afghan passports along with an agent of Pakistan's Inter-Services Intelligence.

The official said police have been instructed to carry out intensive searches at hotels, dhabas, railway stations, bus stands and in congested areas.

Apart from this, the movement of suspicious vehicles is also being monitored. Police personnel have been asked to remain fully alert and interrogate suspects, he said.

Sirohi Superintendent of Police Kalyanmal Meena said all police officers in the district have been asked to remain vigilant.