Heavy rains battered the coastal areas of north Tamil Nadu on Wednesday as cyclone 'Laila' further intensified and moved to lay centered in the Bay of Bengal around 190 km east-northeast of Chennai and is expected to cross the Andhra Pradesh coast on Thursday.

The cyclonic storm over southwest and adjoining west-central Bay of Bengal moved slightly northwards and lay centred at about 190 km east-northeast of Chennai at 5.30 AM, bringing heavy rains in several places, including the city, since Tuesday night, Met department officials in Chennai said.

Fishermen have been advised not to venture into the sea.

The system is likely to intensify further and move in a northwesterly to northerly direction and cross Andhra coast between Ongole and Visakhapatnam by the early hours of Thursday.

Cautionary signal No7 (the highest intensity) has been hoisted in Kalingapattinam, Gangavaram, Kakinada, Visakapattinam, and Machillipattinam ports in Andhra Pradesh and No.3 (medium intensity) at all ports in Tamil Nadu and Puducherry, they said.

Under the influence of the system, north coastal Tamil Nadu and coastal Andhra Pradesh are likely to experience widespread rainfall with scattered heavy to very heavy falls (25 cms or more) and isolated extremely heavy falls during the next 48 hours starting on Wednesday morning.

Fortysix country boats were almost reduced to planks as strong wind started battering the coast from 11.45 pm. The country boats anchored at nearby Pamban suffered heavy damage as they were tossed and dashed against each other under the impact of the gale force wind.

Gale force wind with speed reaching 65-75 kmph is likely along and off Andhra Pradesh coast during the period and it may increase to 115-125 kmph at the time of landfall of the cyclone, the officials said.

Squally winds with speed reaching 50-60 kmph is likely along and off north Tamil Nadu coast during the next 24 hours.

Sea condition will be very high to phenomenal along and off Andhra Pradesh coast and very rough along and off north Tamil Nadu coast.

Chennai and adjoining areas received eight cm of rainfall during the last 24 hours ending 8 am today. The rains also brought respite to the people from the sweltering heat as the mercury plummeted to 25 degrees Celsius on Tuesday.

Meanwhile, the Madurai passenger train which was to leave Rameswaram at 11.45 pm on Tuesday left at 1.30 am. 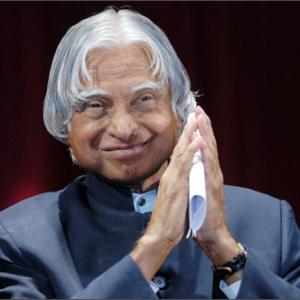