Heavy rains forecast for Mumbai, parts of Maharashtra and Gujarat on Thursday

Mumbai, its satellite cities, north and central Maharashtra and south Gujarat received rains on Wednesday owing to a low-pressure area in the Arabian Sea and a western disturbance, the India meteorological department said. 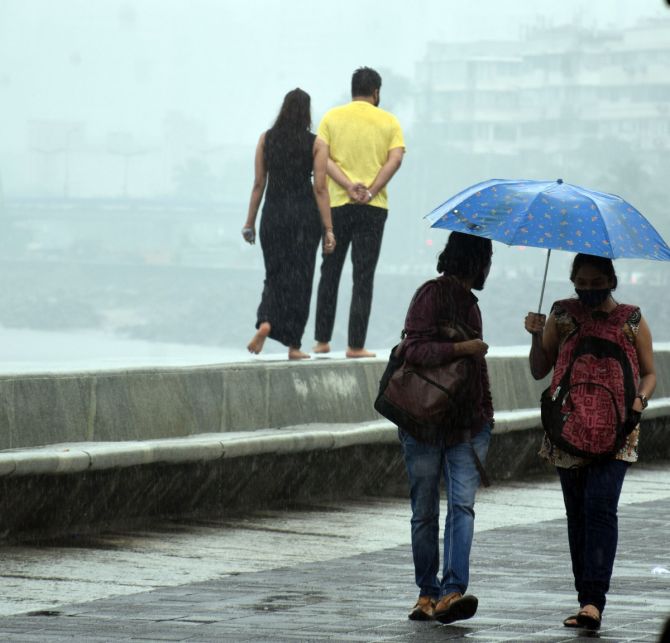 The rainfall is likely to continue on December 2, the IMD added.

Rain in November-December is not a usual feature in Maharashtra. However, a cyclonic circulation lies over the southeast and the east central Arabian Sea.

Its interaction with a western disturbance -- a cyclonic circulation that originates in the Mediterranean, traverses across Central Asia and gives rain and snow over north India -- brings a lot of moisture, Sathi Devi, head of the National Weather Forecasting Centre of the IMD said.

”Due to these two systems, widespread rain with heavy to very heavy precipitation is likely over Gujarat, north central Maharashtra and north Konkan on Wednesday. This is likely to continue on December 2 as well,” she added.

But the intensity will be decreased by December 2 as the system will head to central India, Sarkar added.