Incessant rains lashed Mumbai and its surrounding areas on Saturday and the India Meteorological Department said more heavy rainfall is expected in the metropolis during the next 24 hours, prompting authorities to declare a holiday in schools and colleges. The IMD cautioned people, saying heavy rainfall warning on a "very-high-tide day" (Saturday) is "not a good combination".

Water-logging on railway tracks due to heavy rains and high tide affected movement of trains on Thane and Panvel sections of the Central Railway in Mumbai, leaving thousands of passengers stranded at various stations.

Coming to the aid of passengers, The Brihanmumbai Municipal Corporation has opened relief camps at schools in south and central Mumbai where refreshments are being provided to them. 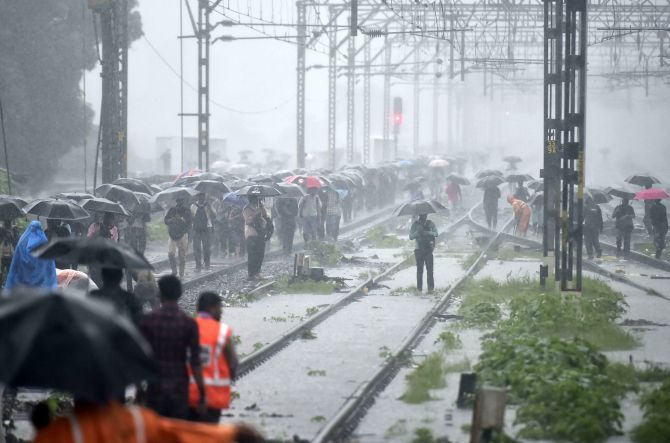 The water level on the tracks rose due to high tide in the Arabian sea coupled with rains in the afternoon, which caused water to flow backwards towards the Kurla, Sion and Chunabhati section, said Central Railway chief spokesperson Sunil Udasi.

"Suburban services were suspended between Kurla-Sion stations on the main line and between Kurla and Chunabhatti on Harbour line," he said.

The CR has temporarily suspended the services between CSMT-Vashi route of Navi Mumbai on Harbour line and CSMT-Thane section on the main line.

As trains came to a halt, commuters alighted on marooned tracks amid rains and struggled through water to reach the nearest stations. Many videos of the commuters walking on the tracks were circulated on social media.

Harbour line, which connects Panvel in Raigad district to CSMT in south Mumbai, suffered the double whammy as a portion of a ROB (Road Over Bridge) divider fell on the railway tracks at Tilak Nagar station.

No report of injuries to anybody is reported so far.

"The debris are being cleared from track. Road traffic on this ROB has been suspended," Udasi said. 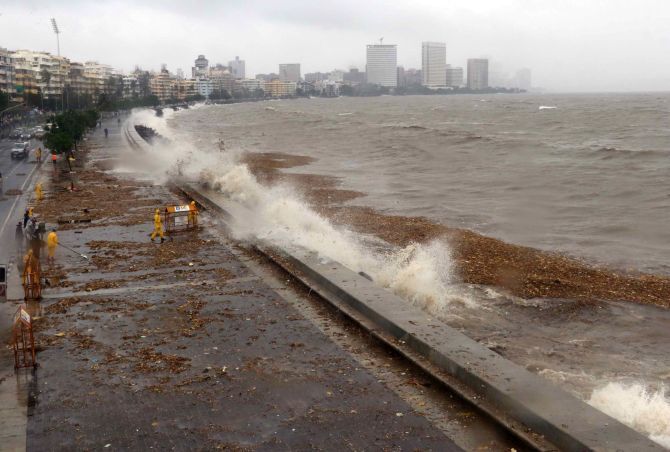 One person was electrocuted in Thane city while another suffered serious injuries after the roof of a bakery collapsed in Mumbra in the district, officials said.

The unceasing downpour in Palghar district prompted authorities to declare a holiday for educational institutions on Saturday.

The Brihanmumbai Municipal Corporation issued an advisory asking Mumbai residents to not venture into the sea or in water-logged areas in view of the IMD warning.

"The IMD gave a warning of extremely heavy rainfall for the next 24 hours from 1 pm on August 3. Citizens should avoid venturing around sea also at water-logged areas," the civic body said in a statement. 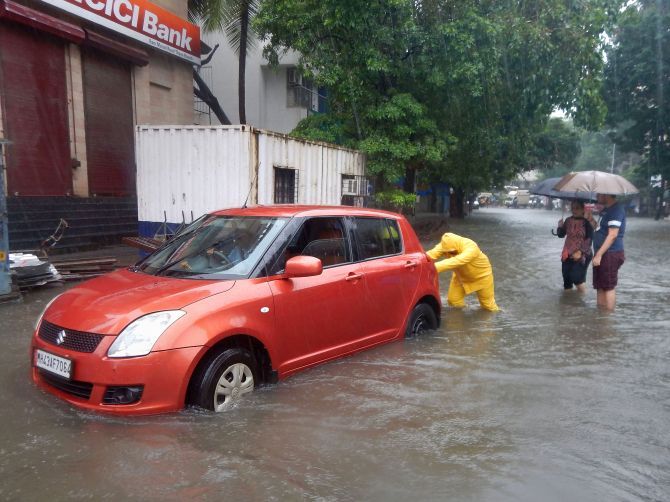 The BMC said in a tweet that a holiday has been declared for schools and colleges in the city.

"The highest high tide of the four monsoon months is also today of 4.90 metres at afternoon, exactly during the period when IMD has forecast intense rains for the city. Heavy rainfall warnings on very high tide day in Mumbai is not a good combination. Please avoid outing, beaches," he said in another tweet.

Overnight rains in Mumbai and its suburbs led to water-logging in several areas. 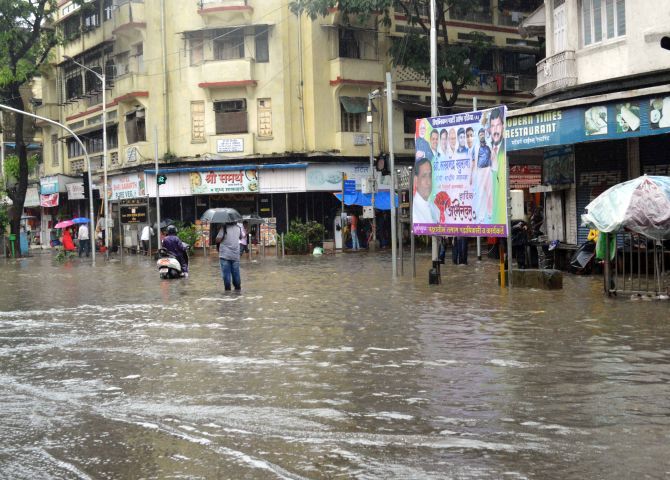 "Overnight heavy rains in Mumbai and its adjoining areas has led to water-logging at some paces, which has affected the flow of traffic, especially in parts of Malad, Andheri and Dahisar," a senior official of the BMC said. 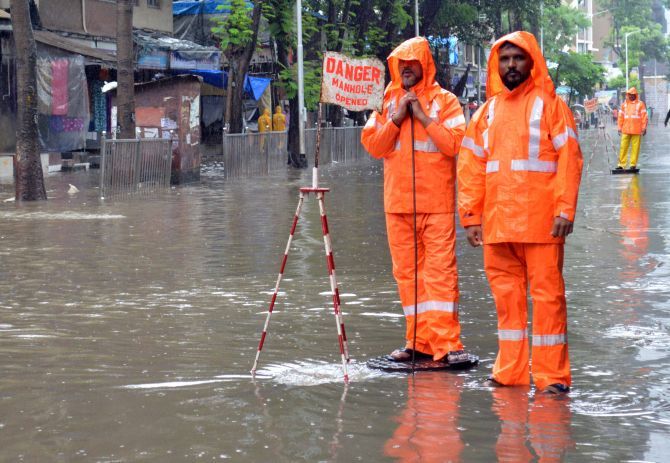 "As per the weather forecast, intense spells of rain likely to continue in the next 4 hrs and heavy to very heavy rainfall in the next 24 hrs. We request Mumbaikars to take adequate precautions & ensure safety. Dial 100 in case of any emergency. Take care Mumbai," it tweeted.

Due to overnight rainfall in Thane district, roads and nullahs in some area were flooded. The rainwater entered a few housing societies and swept away vehicles, officials said.

Low-lying areas in Thane city were affected the most and parking areas were flooded. Schools in Thane declared a holiday due to heavy rains. Buses and autos were not plying due to flooding, the officials said. 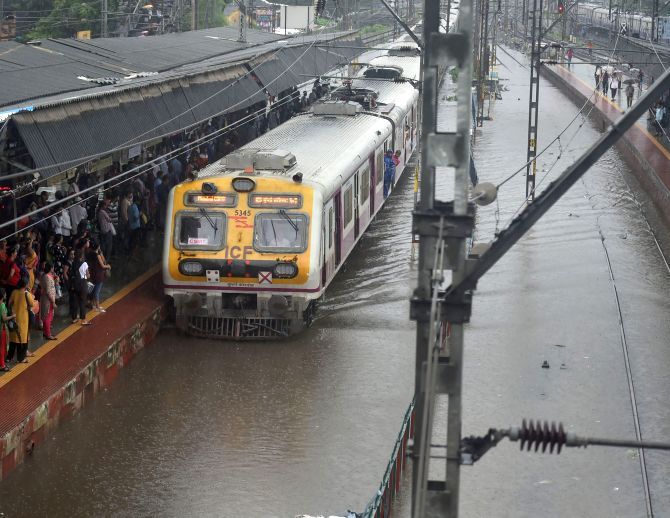 In Palghar district, several villages were marooned as the roads connecting them were flooded. A video showed some cattle getting swept away in the water.

He said a holiday was declared for all the educational institutions in the district.