Headley was hailed by wife for successful 26/11: NIA

The National Investigation Agency on Saturday told a Delhi court that Pakistani-American David Headley was congratulated by his wife for the success of the November 26 terror strikes in Mumbai.

The probe agency said Headley's wife said she had watched the "show" (terror strike) for the whole day on television.

Advancing arguments on taking cognisance of the chargesheet filed against 51-year-old Headley and eight others, the prosecutor told Special NIA Judge H S Sharma that the wife of the accused had e-mailed him saying "he has graduated and she was proud of him."

Headley and others are accused of carrying out several terror attacks in Mumbai, NIA prosecutor Dayan Krishnan said.

"After the Mumbai attacks, Headley's first wife Shazia had e-mailed him that she had watched the show for the whole day. She was using code words like she was watching cartoons and said he had graduated while congratulating him for the success of the 26/11 strikes," said Krishnan.

The NIA prosecutor said Headley had visited and surveyed several places in the country before the 26/11 Mumbai attacks and he had also gone to Pakistan several times.

"Headley visited Pakistan and India several times. When he went to Pakistan, he had also met Pakistan Army official Major Iqbal (an accused in the case) there. After eight visits to Pakistan, Headley came back to India on July 1, 2008. "When he again went to Pakistan, his Pakistani-Canadian accomplice Tahawwur Rana (an accused in the case) came to India on November 13, 2008, very close to November 26, 2008 Mumbai attack," the NIA said.

The agency said Headley had hired boats to survey coastal areas and visited India again in March, 2009, after the 26/11 attack.

There is enough material on record for this court to take cognisance of the chargesheet," the NIA prosecutor said. The agency said "the target of HuJI, LeT and officials of Pakistani Army (who are accused in the case) were Indians and tourists. Their target was tourist spots like Goa and Bombay where they had done recce several times."

Meanwhile, the court also heard NIA's arguments on an application under section 166A of the CrPC, seeking permission for a letter of request to the competent authority for investigation in Morocco.

The NIA had on December 24 last year filed the chargesheet against Headley, Rana and Lashker-e-Taiba founder Hafiz Saeed.

Both Headley and Rana are at present in the custody of US authorities and the NIA has only got a limited access to Headley who had entered into plea bargain with US authorities to escape harsh sentence.

Besides them, two serving Pakistani Army officials -- Major Iqbal and Major Sameer Ali -- believed to be working for ISI, were also named in the chargesheet. Al-Qaeda operative Illyas Kashmiri, Sajid Malik, handler of Headley, and Abdul Rehman Hashmi, former Pakistani army officer, were also named in the chargesheet filed against the nine on the charge of waging war against the country and other relevant sections of Unlawful Activities (Prevention) Act. 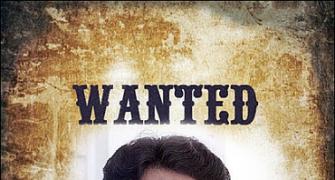 MUST SEE: NIA releases India's MOST WANTED list
'If needed, Pak army can be called for Ijaz's security'
Why cracking Sunil Joshi's murder case is critical for NIA 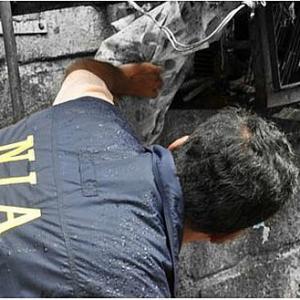