The Calcutta high court on Wednesday set aside a 'Leave India' notice to a Polish student by the Union government for allegedly participating in an anti-Citizenship Amendment Act rally in Kolkata. 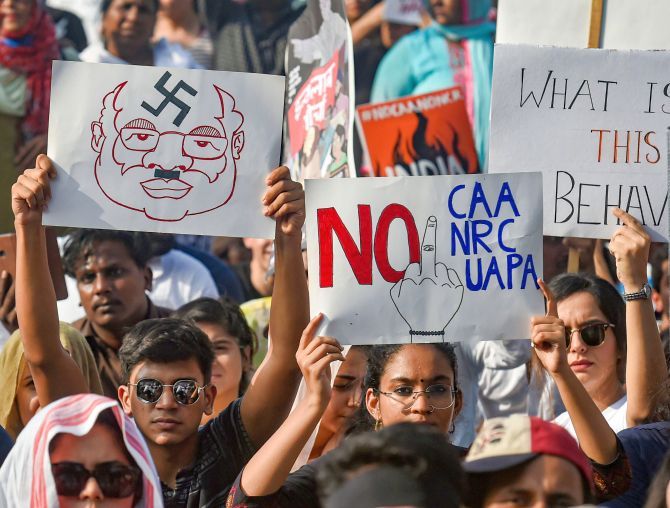 Justice Sabyasachi Bhattacharyya directed the central government not to give effect to the notice served on the Poland citizen, who studies at the Jadavpur University.

The high court had earlier restrained the central government from giving effect to its 'Leave India' notice to the Polish student, till it passes an order on his petition challenging the notice.

Justice Bhattacharyya had restrained the government from giving effect to the notice till March 18, when the court scheduled its order on his petition seeking a restraining order on the Centre and a recall of its directive to the student.

Kamil Siedczynski, the student from Poland who is enrolled for a Masters' degree in the Department of Comparative Literature at Jadavpur University, was served a 'Leave India' notice dated February 14 from the Foreigners' Regional Registration Office, Kolkata.

In his petition before the high court, the student prayed for a restraining order on the authorities from giving effect to the notice, which asked him to leave India within 14 days of receiving the notice, and from deporting him.

Since he received the notice on February 24, he was required to leave the country by March 9.