Justice R P Sondur Baldota, while dismissing the bail plea, observed that it was a serious offence and prima facie case is made out. Tapuriah, in his plea, had claimed that he was implicated in the case and that it was not the contention of the Enforcement Directorate that he (Tapuriah) holds various bank accounts abroad or that he had received proceeds of alleged crime.

"Prosecution's case is not that he is beneficiary of alleged crime. His role, if at all, is attributed post committal of crime where he advised transfer of money from one bank account to another," senior counsel Ashok Mundargi argued on behalf of the Kolkata based businessman.

Relying on ED's case, Mundargi further contended that the investigating agency has nowhere said that money came to Tapuriah's account.

ED had opposed the bail application contending that he is sufficiently influential and has political connections to tamper with evidence if released on bail.

Additional solicitor general Darius Khambata and advocate Revati Mohite-Dere while arguing for the investigating agency claimed that there are chances of him absconding as well since he had helped Khan in acquiring passports based on forged documents in 1998 and also for its renewal in 1999. 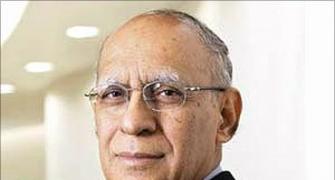 Ashok Soota on starting from scratch at age 69 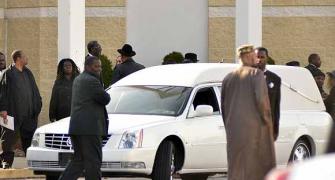