HC junks plea to suspend Satyendar Jain, says it is for CM to decide

The Delhi high court on Wednesday dismissed a plea to suspend Delhi minister Satyendar Jain from the Cabinet following his arrest in a money laundering case, saying it is for the chief minister to consider whether a person with a criminal background should be allowed to continue as a minister or not. The high court held it is not for the court to direct the governor or chief minister for the removal of a person who has committed a breach of oath.

It is the duty of the court to remind these key duty holders about their role to preserve, protect and promote the ethos and uphold the tenets of the Constitution, the high court said.

“The chief minister exercises his/her discretion in choosing the members of cabinet and to formulate a policy pertaining to the appointment of council of ministers.

"The council of ministers has a collective responsibility to sustain and uphold the integrity of the Constitution of India, and it is for the chief minister to act in the best interest of the state and consider as to whether a person who has a criminal background and/or has been charged with offences involving moral turpitude should be appointed and should be allowed to continue as a Minister or not,” said a bench of Chief Justice Satish Chandra Sharma and Justice Subramonium Prasad.

“Good governance is only in the hands of good people. Even though the court cannot sit in judgement of what is good or bad, it certainly can remind constitutional functionaries to preserve, protect and promote the ethos of our Constitution. There is a presumption that the chief minister would be well advised and guided by such constitutional principles,” the bench said and referred to a statement of Dr BR Ambedkar, the father of the Indian Constitution, made during the constituent assembly debates.

"This court wholeheartedly agrees with the observations of Dr. B R Ambedkar and hopes that the chief minister upholds the trust reposed in him that forms the foundation of a representative democracy while appointing persons to lead the people," the bench said.

The court's verdict came while dismissing a plea by former BJP MLA Nand Kishore Garg seeking the suspension of Delhi minister Satyendar Jain, who is in custody since May 30, from the cabinet following his arrest in connection with a money laundering case by the Enforcement Directorate.

The petitioner, represented through advocate Shashank Deo Sudhi, had earlier said that Jain was arrested in the money laundering case over his alleged involvement in hawala transactions in 2015-2016 with a Kolkata-based firm which is repugnant and inconsistent with the rule of law as he is a public servant having a constitutional oath to uphold the rule of law in the interest of the public.

The plea claimed that such a scenario was contrary to the provision of law applicable to the public servant who is deemed suspended immediately after the custody of more than 48 hours as per Rule 10 of The Central Civil Services (Classification, Control, and Appeal) Rules, 1965.

The bench, however, said clause 3 of the CCS (CCA) Rules, 1965, which is an extensive clause covering a variety of government servants to whom the 1965 Rules are applicable, explicitly excludes from its ambit a minister.

It said that a minister cannot be said to be a government servant as well, as the appointing authority of the ministers, that is, the governor of the state does not fall under Clause 2a of the CCS (CCA) Rules, 1965.

“Therefore, Rule 10 of the 1965 Rules, which stipulates that being arrested for a period of 48 hours or more entails suspension of the government servant, would not apply to a minister,” the high court held.

The high court referred to a 2014 judgment of the five-judge bench of the Supreme Court in which the apex court had refrained from framing any guidelines on the issue of a person with criminal antecedents or charged with offences involving moral turpitude being appointed as a minister in the central and state governments.

“... this court is of the opinion that the petitioner's reliance on the said judgement is misplaced as nowhere does the Supreme Court exercise its jurisdiction to either frame guidelines for the disqualification of a minister or read into Article 164 a condition for disqualification,” the high court said.

The bench said it finds it necessary to reiterate that it is not for the court to lay down or state who should or who should not be appointed as a legislator or who should be entitled to becoming a minister in either the central government or the state government.

“It is solely the prerogative of either the prime minister or the chief minister, as the case may be, who will act in the best interest of the State and will uphold the spirit of our Constitution,” it said.

Referring to a previous judgment of the apex court, the high court said breach of the oath does not entail an automatic termination of the tenure but requires an independent order by the appointing authority; a high court under Article 226 is not competent to issue such orders terminating the appointment of a minister of the state. 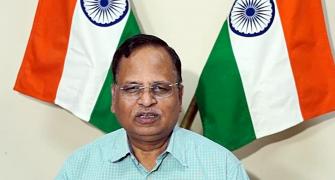