HC gives nod to release of Batla House with changes

The movie 'Batla House', starring John Abraham, has got the green signal from the Delhi high court for release on the Independence Day after the film makers and an accused in the encounter case, who wanted the screening to be delayed, reached consensus on certain changes in it. 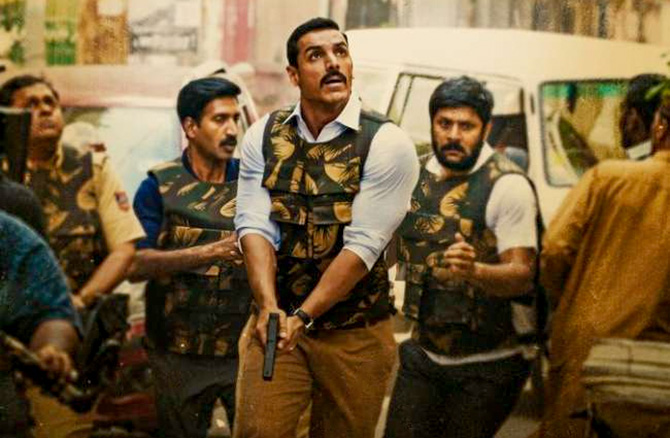 Justice Vibhu Bakhru passed the consent order and said the film makers are bound by their statement as he disposed of the petition.

The court's order came on a petition by accused Ariz Khan in the Batla House encounter case, seeking postponement of the release of the film on the grounds that it would affect his trial.

The postponement of the film's release was also sought by Shahzad Ahmed who has been sentenced to life imprisonment in the Batla House case and has challenged the verdict in the high court. Both Khan and Ahmad are also facing trial in the 2008 Delhi serial bomb blasts case.

The movie producers, however, had claimed it is an "unsubstantiated apprehension" of the petitioners that they figure as characters in the film, slated to hit theatres on August 15.

The film makers agreed to put certain disclaimers and delete some scenes in the movie which were objected to by Khan and Ahmed.

After filing of the petition, a special screening of the movie was arranged and it was seen by the judge and counsel for both the sides.

The court, after hearing the matter for nearly four hours, noted in its order that the issue has been resolved after the film makers agreed on certain terms.

It has been decided that they will put a disclaimer at the beginning of the move that it was inspired by Delhi Police and the events shown are reported or otherwise available in public domain and that it is not a documentary.

The disclaimer, in different languages, would also say that any resemblance to any person, living or dead, is unintended and merely a coincidence.

The film makers also agreed that they would delete the scene showing confession of one of the characters and another one showing bomb making.

They would also mute the word 'mujahid' in one of the scenes and would run a disclaimer that they do not endorse the views of either side, the court noted.

It added that the actual photograph of an officer of Delhi Police which is shown at the end of the movie shall also be deleted to make good of the disclaimer made at the outset.

The court also said the film makers do not need to submit a copy of the movie with these changes to the Central Board of Film Certification.

During the hearing, the petitioners' counsel told the court that the film debunks the defence taken by the accused in the two cases, making a mockery of their stand by portraying them as 'mujahideens' or terrorists.

Advocate Nitya Ramakrishnan said the film shows a bomb being made at the Batla House flat and there are repeated references that various blasts in the country were carried out by the accused in the encounter case.

Senior advocate Neeraj Kishan Kaul, representing the film makers, said the movie was inspired by two events and major part of it was post trauma stress and the emotional problems of the protagonist.

He said the makers have given the story of both, the accused and the prosecution, and they think that they have honestly portrayed each side.

The petition claimed the film shows a link between the bomb blasts and the encounter and would therefore, prejudicially affect the trial in both cases.

It has also alleged that the film's posters and trailers depicted petitioners as terrorists and guilty of the crimes they have been accused of, even before the trial court has pronounced its verdict in the blasts case and the encounter case against Khan.

The encounter took place on September 19, 2008, when a team of the Delhi Police Special Cell raided a flat in Batla House in south Delhi's Jamia Nagar on a tip-off that the alleged terrorists involved in the September 13, 2008 serial blasts in the national capital were holed up there.

During the raid, a decorated police officer -- Inspector M C Sharma -- was killed. 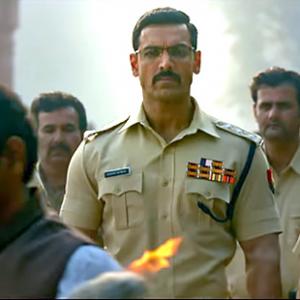 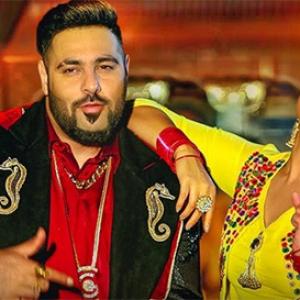