Hazare meets Kejriwal, urges him to call off fast

Anna Hazare on Friday night visited Aam Aadmi Party chief Arvind Kejriwal, who is on an indefinite fast, and urged the latter to call off his fast.

The meeting between Hazare and Kejriwal took place at around 10.50 pm.

This is the first time that Hazare and Kejriwal have shared a common platform since they parted ways in September last year.

Kejriwal had, however, called on Hazare a number of times after the split.

Hazare, who had split with Kejriwal in September last year after the anti-corruption movement took a political plunge, was on his way to Amritsar.

After his arrival at Delhi airport, Hazare said he would ask Kejriwal to end his fast as his health was deteriorating.

"The government wants us to die, but we should fight," he said.

"I told him we should not kill ourselves. These fasts are bringing awareness among people. The people across the country have awakened now. In the future, we will continue to tolerate till we can and then break the fast. Once we regain our health, we should again stand up to fight. This is not a four-day battle but a very long war," Hazare said while addressing the crowd at the fast site.

He said Kejriwal is not asking for money or an administrative position, but merely asking the government to take note of the trouble that the poor are going through.

Thanking Hazare, Kejriwal said he was grateful to the veteran activist for taking time out to meet him.

The meeting has come as a shot in the arm for Kejriwal and his supporters, as a large number of volunteers had delinked themselves from the movement, claiming that they wanted to remain apolitical.

Hazare was against the anti-corruption movement turning into a political party, as planned by Kejriwal.

Hazare had last week said Kejriwal had visited him earlier in March to seek his blessings before the fast.

The septuagenarian activist, however, had said he will try to visit Kejriwal as there was “no harm if two men meet and talk”. 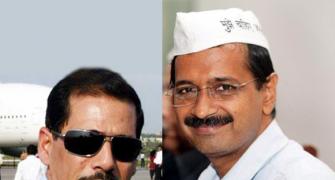 Kejriwal used Hazare as a ladder, which he kicked later 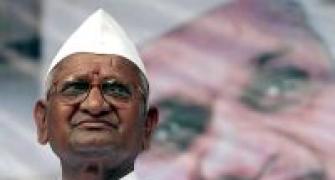 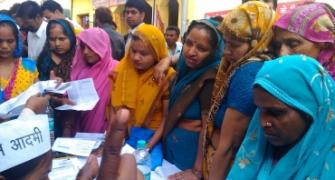 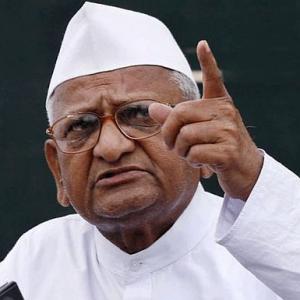 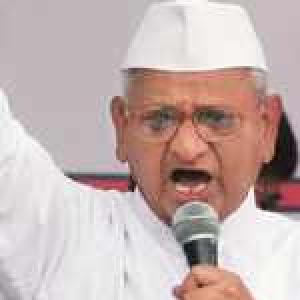 Hazare on joining hands with Kejriwal: He is dreaming