Source: PTI
August 28, 2011 16:33 IST
Anna Hazare was on Sunday admitted to the Medanta Medicity Hospital in Gurgaon for a check-up soon after he ended his 12-day fast on the Lokpal issue and doctors said he will be under strict observation though there was no reason for worry.

"He has been admitted. He is resting. His blood pressure is 110/70 and pulse rate is 94. We are closely monitoring his condition because he has lost 7.5 kg in a very short interval of time and in his age," Dr Naresh Trehan, chairperson and managing director of the hospital, said.

However, he said, "There is no need to worry as all vital organs are settled. We have put him on liquid diet for at least 48 hours that includes coconut water and honey."

"We will also conduct tests of his kidneys, liver and other vital organs to check for any damage," Trehan said, adding that the 74-year-old will be discharged only after his condition is fit.

The police had a tough time controlling the crowds to make way for the vehicle that brought Hazare to the hospital from Ramlila Maidan as the Gandhian's supporters carrying bouquets thronged the road to catch his glimpse.

It took about 30 minutes for the police to clear the way for Hazare, who was accompanied by his close aides Arvind Kejriwal and Manish Sisodia among others.

Some of the supporters even demanded that the Gandhian come out of the vehicle for a few minutes so that they can touch his feet to seek his blessings, eyewitnesses said.

Throughout his fast at Ramlila Maidan, a team of doctors led by cardiologist Trehan had been monitoring his health. "He may stay in the hospital for a couple of days," one of the team doctors said.

"The body always has reservoirs to help you sustain during fasting but that is when someone is young. At his age the reservoirs are not the same as that of a youngster so he is under strict observation," Trehan said.

"We have started his liquid diet. After this, we will slowly move towards semi-liquid diet and solid diet thereafter," he added.

Earlier in the day, Hazare broke his fast that began on August 16 by taking coconut water mixed with honey offered by two girls on the dais at Ramlila Ground in Delhi after the government agreed to his demands to legislate a tough law against corruption. 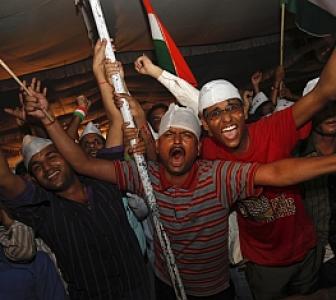 Joyous Ralegan jigs to 'It Happens Only in India' 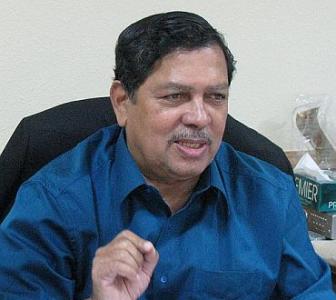 Don't expect a miracle: Hegde on Lokpal
It's a win-win situation for democracy: Cong on Anna ending fast 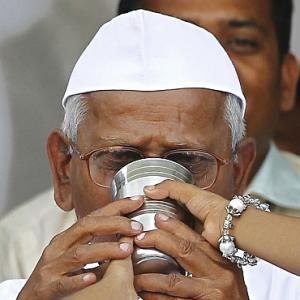