The 19-year-old Dalit woman, who was raped by four men in Uttar Pradesh's Hathras district, was shifted to All India Institute of Medical Sciences, Delhi on Monday after her condition showed no signs of improvement. 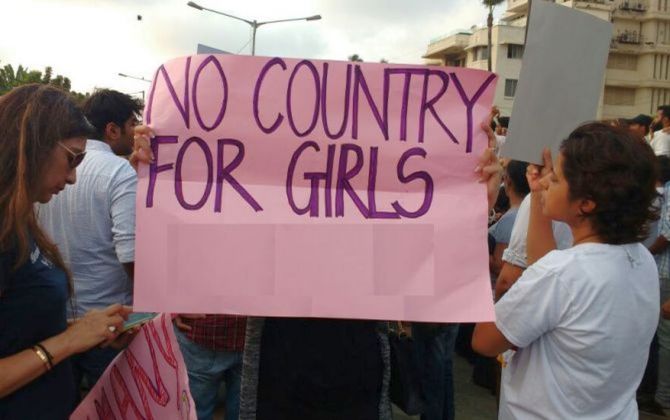 The woman was gangraped a fortnight ago, following which she was admitted to the AMU's Jawaharlal Nehru Medical College and Hospital.

The accused had also tried to strangulate her to death as she resisted their attempt and in the process, she had also ended up biting her tongue and suffering a severe cut on it.

Her condition continues to remain critical and she is still on ventilator, Dr Harris Manzur Khan, the superintendent of JNMC, told PTI.

A spokesman of the hospital said that the woman's legs have been completely paralysed and arms partially paralysed.

After her family members expressed their desire to take her to Delhi, she was referred to AIIMS on Monday morning, he said.

Azad claimed that the brutal attack represents the deteriorating law and order situation in the state.

"Policemen who have been negligent in this case should be duly punished and the woman's family members should be immediately provided security as they are feeling insecure and should be shifted to a safe spot," he said.

He had also demanded financial assistance of Rs one crore for the woman's family.