Hassled at home, govt reaches out to immediate neighbours

Once again, the Indian subcontinent is astir with the possibility of change. Over the space of this month, as the Monsoon Session of Parliament winds down, the Prime Minister's Office and the Ministry of External Affairs are gearing up to showcase their strengths in the neighbourhood. All sides are hoping that India's foreign policy initiatives will be able to rescue the prime minister and the Congress party from the morass of apathy, indecision, incompetence and crony capitalism that has characterised its government these past several months.

First, Pakistan, to where External Affairs Minister S M Krishna is carrying the biggest contingent of media persons -- 72 at last count on Thursday evening -- on a special flight to Lahore and Islamabad this weekend. It is more than likely that he and Pakistan Foreign Minister Hina Rabbani Khar will sign a visa agreement that has been in the offing for some time, which transforms the regime that has been in place since 1974.

The new visa regime has categories like group tourism, religious tourism, visas for the elderly and the very young and, best of all, several categories for business visas. The attempt is to normalise the relationship between India and Pakistan and return it to a pre-1965 situation, which is when the real great wall came down between the two countries after the war.

Second, Bangladesh, whose Prime Minister Sheikh Hasina has sent her key advisors Gowher Rizvi and Masihur Rahman to Delhi to once again attempt to thaw the ice that set in exactly a year ago when West Bengal Chief Minister Mamata Banerjee refused to let India sign the Teesta waters pact with Bangladesh. The Bangladesh side went ahead with the Land Boundary Agreement at the time and it now needs ratification from the Indian side. Once again, Banerjee has questions, especially on the 100-odd acres her state is going to lose to Bangladesh when the LBA comes into force.

A two-pronged approach on Bangladesh seems underway: the prime minister has asked Krishna to meet Banerjee to assuage her on her concerns, while Rizvi and Rahman have promised that they will also take back home the "good news stories" that have been emerging on India's part this past year.

In Delhi, Rizvi and Rahman met President Pranab Mukherjee whose interest, expertise and knowledge of Bangladesh is unmatched. As finance, external affairs and commerce minister, Pranabda was the one-man point-person between India and Bangladesh. There was nothing that happened on the relationship -- both on the domestic and bilateral front -- that he didn't know about.

Reports are that Rizvi and Rahman have invited him to visit Dhaka.

Hasina's top advisers have also met the power, water resources and home ministers, asking  each of them to push forward with matters under their charge. Government sources said the approach is now a "pragmatic" one and that they understand the "context" in which New Delhi has been forced to go slow both on Teesta and the LBA.

Meanwhile, the Centre has finally moved on the $650-million credit line promised two years ago. Terms and conditions are good, with interest as low as one per cent. Goods are already believed to have begun flowing to Bangladesh.

In addition, an outright grant of $200 million -- announced when Mukherjee was in Dhaka some months ago -- has been cleared. By next summer, 500 MW of electricity will begin to flow to Bangladesh, half of which will be sold at the same rates that are available to Indian consumers. In addition, the terms of reference of the inland container depot at Ashuganj -- barely 20 km away from the border of Tripura -- have been finalised.

Both sides are also said to have recently held free and frank conversations on the 1500-MW Tipaimukh dam, on the tri-junction between Assam, Manipur and Mizoram, over which Bangladesh has been considerably agitated because of its impact on the environment as well as on the flow of the rivers downstream. Bangladesh will now examine the detailed project report submitted by India and carry out its own study.

Indian government sources said the Bangladesh side was "very happy" with the Tipaimukh sub-group meeting a fortnight ago and had expressed interest to take a stake not only in this project but also others that are being constructed in India's north-eastern region.

Third, Sri Lanka, whose President Mahinda Rajapaksa is visiting India later in September to participate in a foundation stone laying ceremony in Sanchi, in Vidisha. The presidential trip has already attracted considerable flak from southern parties like J Jayalalithaa's All India Anna Dravida Munnetra Kazhagam that has roundly criticised Bharatiya Janata Party leader Sushma Swaraj for meeting Rajapaksa (she is elected from Vidisha) and Swaraj already distancing herself from the visit ("The MEA and PMO have invited him, not me"). Even Viduthalai Chiruthaigal Katchi leader Thol Thirumavalavan, a United Progressive Alliance ally, is loudly complaining.

So far, Delhi is determined to carry on, apparently intent on asserting its foreign policy interest. Having voted against Sri Lanka at the Human Rights Council in March, Delhi is now reaching out to Rajapaksa -- Commerce Minister Anand Sharma and a group of top Indian businessmen were there in August.

The question on whether Rajapaksa will change his line on integrating the Tamils into Sri Lanka's polity remains. But, clearly, Delhi wants to send out the message that its southern neighbour remains a priority. The prime minister and Rajapaksa will surely meet each other in Delhi. 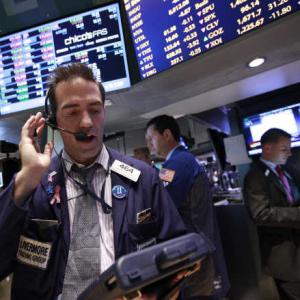