Ahead of the elections, a large number of politicians had defected from the Congress and Nationalist Congress Party to the Bharatiya Janata Party and the Shiv Sena.

While for some the shift has brought in good fortune in the elections, for others it has not yielded results.

Syed Firdaus Ashraf/Rediff.com finds out how some of the well-known defectors have fared in the elections. 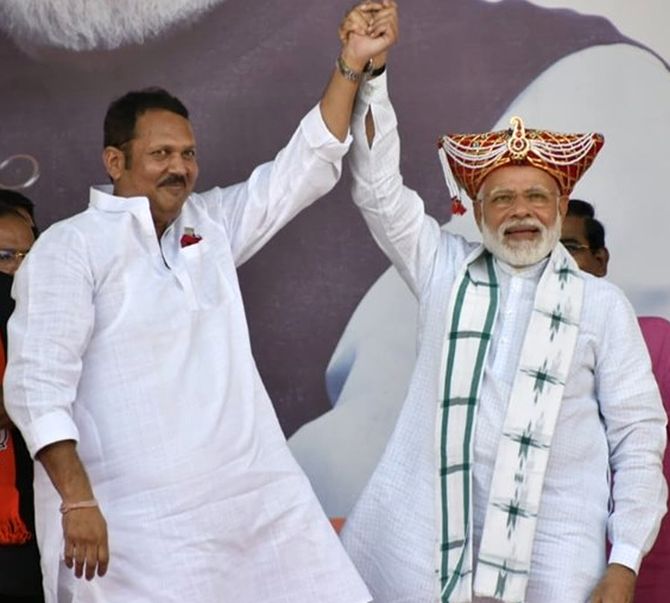 This could be the most embarrassing news for the BJP. After fielding its much publicised NCP-turncoat and Shivaji Maharaj's descendant Udayanraje Bhosale, the BJP set to eat humble pie as Bhosale is trailing behind NCP nominee Shriniwas Patil in a battle of prestige.

The by-poll was necessitated after Bhosale, the sitting NCP MP who had won the Western Maharashtra seat just 5 months ago, jumped ship and joined the ruling BJP. 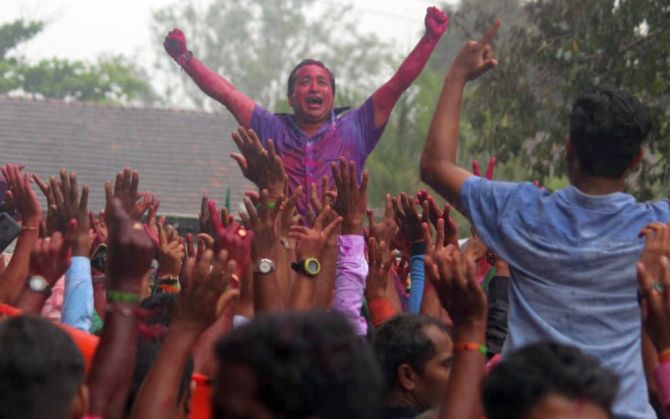 The son of Narayan Rane, former Shiv Sena strongman from the Konkan who had joined the Congress in 2005, Nitesh was contesting against Satish Jagnnath Sawant of the Shiv Sena. 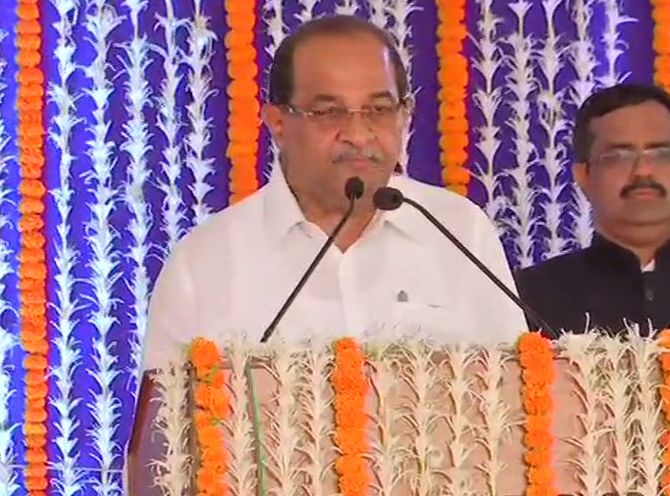 Radhakrishna Vikhe Patil, the Maharashtra minister of housing is inching towards victory from the Shirdi assembly constituency on a BJP ticket. At last count,  Patil was ahead of his rival -- the Congress's Thorat Suresh Jagannath -- by over 86,000 votes.

Patil, who served as the Leader of Opposition in the Maharashtra assembly, resigned from the Congress party months before the polls to join the saffron fold. 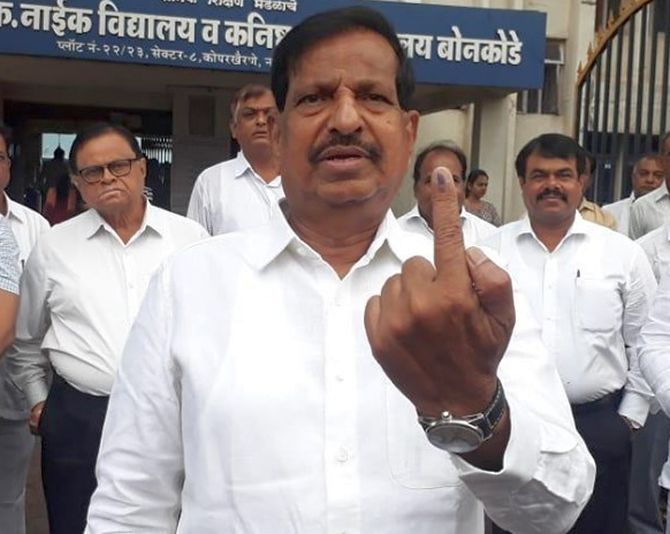 A strong man of the Nationalist Congress Party from Navi Mumbai, Naik was a minister in the 1995 Shiv Sena-BJP government.

Naik quit the Shiv Sena after differences with Sena supremo Thackeray in 1999, to join the Nationalist Congress Party.

Before the 2019 elections, 50 of his corporators selected on a Nationalist Congress Party ticket quit the party to join the BJP, and that included his son Sanjeev Naik. Subsequently Ganesh Naik too headed to the BJP.

The newly minted BJP leader is all set to win against his closest rival Ganesh Raghu Shinde of the Nationalist Congress Party from the Airoli seat. 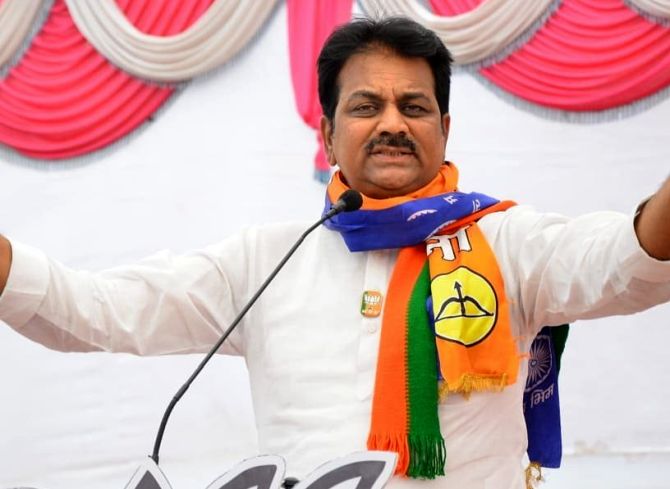 Congress leader Harshvardhan Patil quit the party just a month before the elections to join the BJP.

In the 2014 assembly elections, Dattaray Vithoba Bharane of the Nationalist Congress Party had won against Harshvardhan from Indapur.

This time NCP supremo Sharad Pawar refused to give the seat to Harshvardhan as they already had their winning candidate in Bharane.

Harshvardhan then resigned from the Congress party to join the BJP and contested the elections from the same constituency on a BJP ticket. 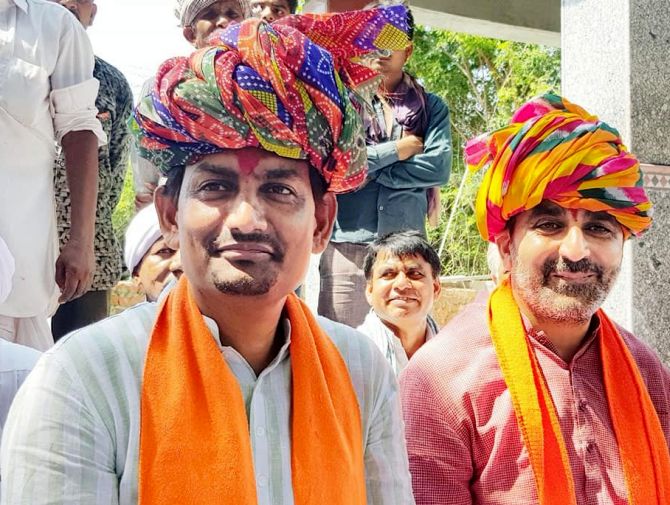 In Radhanpur (Patan district) of Gujarat, the Other Backward Classe leader and BJP candidate Alpesh Thakor is trailing behind the Congress's Raghu Desai.

Thakor, who was considered a close aide of former Congress president Rahul Gandhi, switched sides and joined the BJP soon after the Rajya Sabha polls in July this year.

Thakor had cross-voted in favour of the BJP candidates for the Rajya Sabha polls, and had complained of "ill-treatment" and "injustice" to them and their community and resigned from the Congress soon after.