Several hospitals in Delhi on Wednesday alleged that the Haryana government was not allowing vendors to supply oxygen to them and there is only limited stock left as hundreds of coronavirus patients battled for their life in these healthcare facilities. 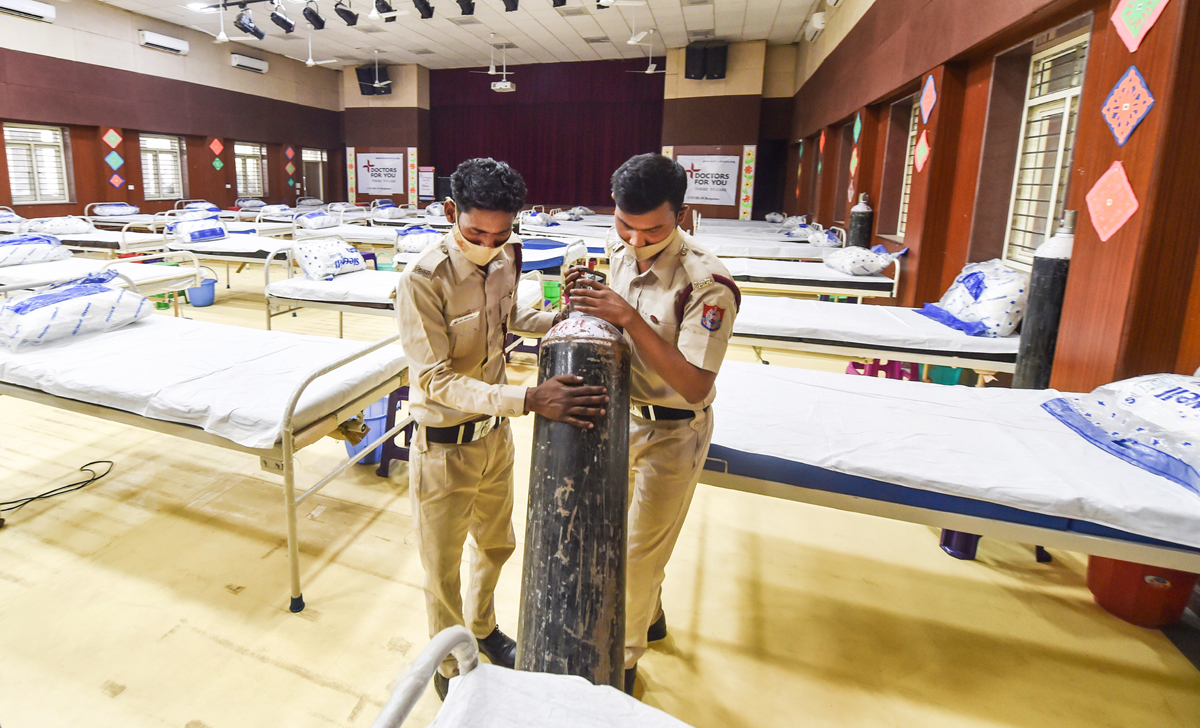 No reaction was immediately available from the Haryana government.

According to an official, Sir Ganga Ram City Hospital at Pusa Road had five hours of oxygen left around 4:30 pm. There are 58 COVID patients, including 10 in ICU, in the hospital.

"The vendor, as per its representative, is not being allowed by the Haryana government to supply oxygen cylinders and liquid oxygen to Sir Ganga Ram City Hospital, Pusa Road. Supply left is sufficient only for five hours," the official said.

He said the Centre needs to intervene as a large number of hospitals are affected due to the "stoppage of oxygen supply from Haryana".

A spokesperson of St Stephen's Hospital said they had only two hours of oxygen left around 4 pm.

"The Haryana government has not been allowing our vendor to supply oxygen to us. Of the 350 patients in the hospital, around 200 are on oxygen support," he alleged.

An official at the Holy Family Hospital in Okhla also claimed that the state neighbouring Delhi has stopped their tanker carrying oxygen. "Only a few hours of oxygen left. We are trying three-four vendors for fresh stock," he said.

Some major government and private hospitals in Delhi received a fresh stock of medical oxygen in the early hours of Wednesday, averting a crisis just in time, according to officials.

This stock should last till 9 am on Thursday, an official said.

An official at Guru Tegh Bahadur Hospital confirmed that a truck carrying oxygen from a firm reached them around 1:30 am.

Dr Suresh Kumar, the medical director of the Lok Nayak Jai Prakash Narayan Hospital, said a truck carrying oxygen from a vendor reached the facility around 3 am.

Both these hospitals have 400 ICU beds each and all of them are occupied.

Ambedkar Nagar Hospital received a fresh supply of oxygen at 5 am which officials said can last for 24 hours.

Meanwhile, Haryana minister Anil Vij on Wednesday alleged that a tanker carrying medical oxygen for COVID patients in hospitals, which was going from Panipat to Faridabad, was "looted" by the Delhi government and said all oxygen tankers will now move with police escort.

Vij said given the increased demand for oxygen due to a surge in coronavirus cases, Haryana can spare the supply for others only after the state meets its own demand.

He claimed that two neighbouring states, Himachal Pradesh and Rajasthan, from where Haryana earlier used to get the supply for oxygen have currently stopped it to meet their own demand.

Amid severe shortage of oxygen for COVID-19 patients, the Uttar Pradesh administration has issued an order and stationed officers at a Greater Noida oxygen manufacturing plant to check movement of oxygen cylinders, hindering supplies to hospitals in the national capital.

The factory supplies medical oxygen to hospitals in Delhi. The order has hampered supplies to several hospitals in the national capital. Also, the company is unable to supply oxygen from its Rajasthan plant due to restrictions imposed by the state government.

This is creating an acute shortage in the national capital, three persons aware of the development said. 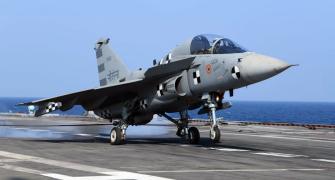 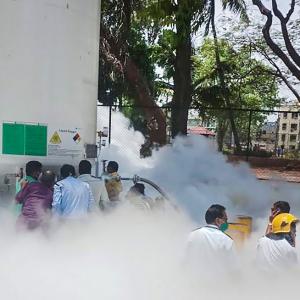