Wife of slain Gujarat minister Haren Pandya has sought a reinvestigation into his killing, two days after the Gujarat High Court dropped murder charges against the twelve convicts in the case.

"After eight years, I have lost patience and this judgement (August 29) has proved that the real killers of Haren (Pandya) are roaming free while some other persons have been put behind bars and have wrongly served the prison term," said Jagruti Pandya.

Terming veteran BJP leader Lal Krishna Advani as a "father figure", Jagruti said, "I want to urge Advanji that as a widow of his senior party worker, to ensure that the BJP and he (Advani) lend support in quest for justice for Haren".

She said Chief Minister Narendra Modi "should prove himself to be an ideal chief minister by ensuring that real killers are caught and punished".

Gujarat High Court on Monday dropped murder charges against the 12 accused of killing former minister Haren Pandya in 2003 by upholding a trial court's verdict convicting them of criminal conspiracy and terrorism under the Prevention of Terrorism Act (POTA).

Jagruti said she was yet to receive a response from Chief Minister Narendra Modi over her plea for fresh investigation into the case.

"I had earlier written a letter to chief minister Narendra Modi seeking his co-operation for re-investigation into the case but I have not received any reply from the CM on the issue," she said.

Appealing Modi to ensure that real culprits of the murder are put behind bars, she said, "Now, after this verdict the chief minister should declare my quest for justice as his cause.

"I along with my two sons, and all BJP workers of Gujarat are eagerly looking forward to the CM to own up this cause for justice," Jagruti said, adding BJP should take up the matter as its own fight. 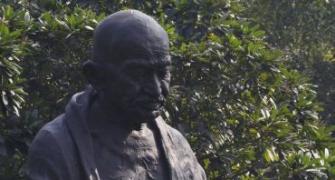