The hanging of the four convicts in the Nirbhaya gang rape and murder case has come as a closure for not just her family but also the police officials who investigated the barbaric case as they termed it a 'real tribute' to the victim. 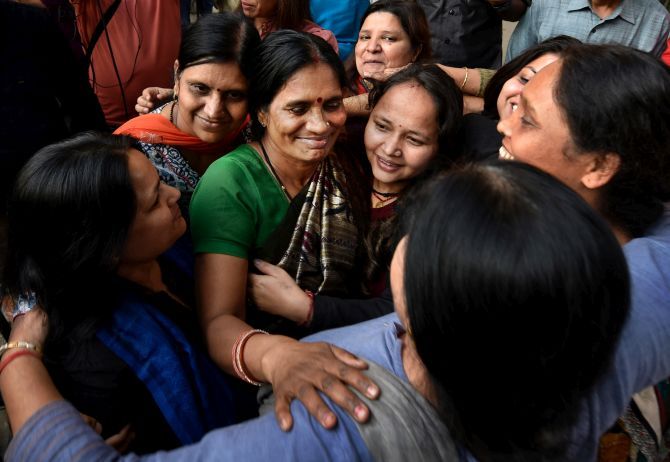 IMAGE: Nirbhaya's mother is greeted by friends and relatives after the hanging of four men convicted of her daughter's gang rape and murder, in Dwarka, New Delhi, on Friday. Photograph: Manvender Vashist/PTI Photo

On Friday, as the convicts were executed in the premises of Tihar Jail, the investigators recalled the challenges they encountered while probing the case.

Pramod Singh Kushwaha, then the additional Deputy Commissioner of Police (South) and who headed the investigation team, said each member of the team pitched in to prepare a watertight case against the convicts.

"The hanging is a tribute to the departed soul. They will also act as a deterrent to other rapists," Kushwaha, now the DCP of the special cell, told PTI.

"We ensured that the family was kept informed about the developments in the case and the arrests so that they remained confident in the investigation," he said.

Anil Sharma was the SHO of the Vasant Vihar police station where the case was registered in 2012 which had led to an outrage across the nation.

"This is a tribute to the departed soul. Finally, her soul can rest in peace. We are there for her family," he said.

The police officer said he had not missed a single hearing in the case and was still in touch with the victim's family.

Sharma, currently posted as the SHO of Rajouri Garden police station, had told PTI that he faced three inquiry commissions in the case and none of them found any laxity on the part of the police station.

"They, in fact, praised us. Even the courts praised the police's efforts," he said.

Students used to be sitting outside the police station and police personnel escorted the accused to court through the rear entrance by crossing a drain, a slum cluster, through PVR Priya, all while ensuring that they are not lynched by the angry public.

"Apart from this, I also had the job of collecting evidence in the case, handling her friend who was also with her in the bus," he said.

Sharma, who was also managing other cases at the time, said he used to visit the victim and forged a bond with her.

"I regularly spent time with her. I had even told her O Henry's popular story 'The Last Leaf' as her story was similar to it," he said.

The officer recalled how they had spoken about celebrating New Year and Christmas together, but the woman passed away on December 29, 2012 in Singapore during treatment.

Sharma said her family was like an extended family for him and they always had good things to say about the police team which investigated the case.

"During the trial, I lost my elder brother and father. While I was bathing my brother's body for last rites, I got a call from a senior officer about the case, I immediately got up and attended it without telling him about the tragedy. That has been my level of dedication," he said.

The then DCP (South) Chhaya Sharma had asked Benita Mary Jailer, an IPS officer fresh out of training, to remain with the family during that trying time.

"It was a landmark investigation that was completed in just 18 days of the incident. In first 18 hours, the accused were identified and three of them arrested as well.

"Over 100 policemen worked round the clock to crack the case and police collected unimpeachable scientific evidence," Chhaya Sharma had told PTI earlier.

The arrest of the juvenile and Akshay Singh required a massive manhunt because Akshay had escaped to a village in Naxalite belt in Bihar, she had said.

"A team of Delhi Police stayed in the open in the area for two days and survived on 'sattu' before Akshay was finally arrested.

"Similarly, we searched every corner of Delhi-NCR and several towns of Western UP to apprehend the juvenile," she had said.

The then police commissioner, Neeraj Kumar, said it was a challenging case but they ended up cracking it open within five days and filed the charge sheet within 17 days.

The police got their first break in the case when they checked the CCTV footage from the area in south Delhi where the two had been dumped.

"Overnight we located the bus and then its driver and interrogated him. By the next afternoon, Ram Singh confessed that he had been driving the bus," he recalled.

Singh, who was subsequently jailed, allegedly committed suicide in his cell in Tihar in March 2013.

What made matters more difficult for the police was the mounting public and media outrage over the crime, and the demand for quick results.

"Political bosses were baying for blood of all the officers working on the case," he said.

"The juvenile involved in the crime was apprehended from Delhi's Anand Vihar bus terminal by our team," he said.

He was working as a bus conductor and his co-accused told the police that he had a particular way of hailing passengers. He was apprehended on the basis of this clue, the officer said.

Kumar stressed that he took 'all the brickbats' and ensured that his officers did not face public anger that grew as more and more gory details about the crime came to light.

"I faced the media outrage and the public wrath. I succeeded in shielding my officers. I told them, 'I will face the brunt of the media trial and all the criticism. You people carry on'," he said. 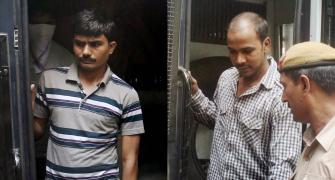 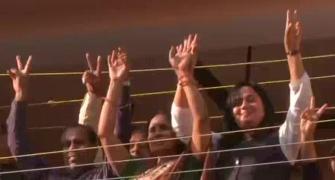 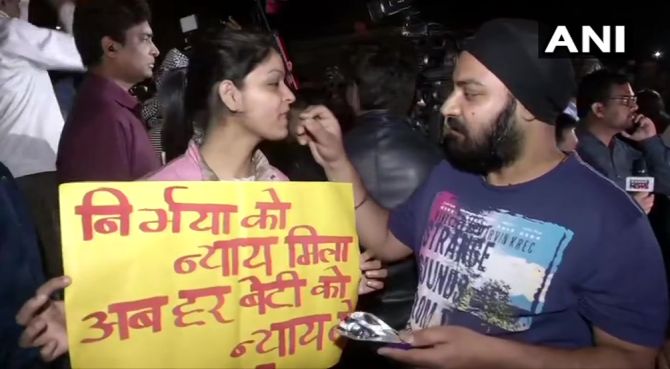