News
Business
Movies
Sports
Cricket
Get Ahead
Money Tips
Shopping
Sign in  |  Create a Rediffmail account
Rediff.com  » News » Had I looked to Delhi, I would have had to install Sajjad Lone's govt in J-K: Malik

Had I looked to Delhi, I would have had to install Sajjad Lone's govt in J-K: Malik

In remarks that could embarrass the Centre, Jammu and Kashmir Governor Satya Pal Malik said had he "looked to Delhi", he would have had to install a government led by Sajad Lone, a claim which the opposition said on Tuesday vindicated its charge he was under pressure to put in place a "BJP-supported government". 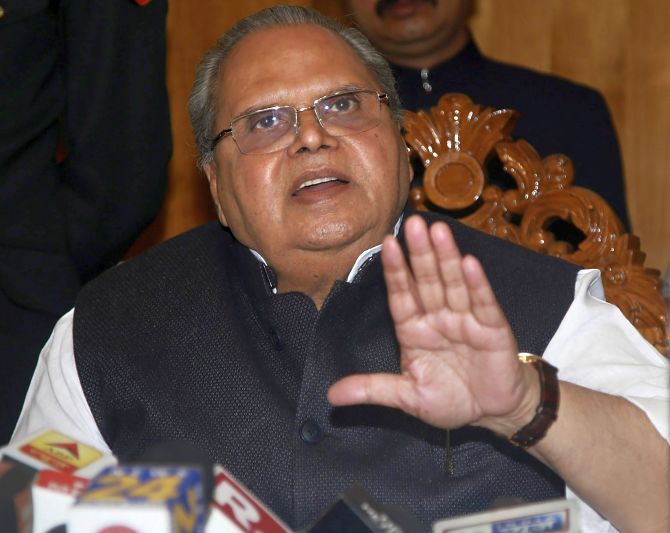 There was no immediate reaction from the Centre or the Bharatiya Janata Party to the remark made on Saturday by Malik, who said history would have remembered him as a "dishonest man" if he had asked Lone, the leader of the People's Conference, to form the government.

But a Raj Bhavan spokesperson in Jammu on Tuesday clarified that the governor while taking the decision to dissolve the J and K legislative assembly on the night of November 21 acted in an "objective and impartial" manner.

"There was no pressure or any kind of intervention from the Centre in the entire matter," he said in a press statement.

As the comments by Malik created a flutter, the chiefs of Peoples Democratic Party and National Conference -- Mehbooba Mufti and Omar Abdullah, both former chief ministers -- complimented the governor for not taking "instructions" from Delhi thereby stopping the installation of a government of the "BJP and its proxies".

Malik abruptly dissolved the assembly after the PDP staked claim to form a government with the backing of arch rival NC and the Congress.

Mehbooba claimed the support of 57 MLAs in the 87-member assembly.

"Delhi ki taraf dekhta toh muje Lone ki sarkar banana padhti aur mein ithihas mein ek bayiman aadmi ke tor pe jata...(Had I looked to Delhi, I would have had to install a government led by Lone, and history would have remembered me as a dishonest man)." said Malik during a pre-convocation academic conclave of ITM University in Gwalior on Saturday.

"Therefore, I ended up the matter. Whosoever wants to scold, can do so now but I am convinced that whatever I did, was right," he said in his address after noted journalist Ravish Kumar in his speech referred to the faulty fax machine at Raj Bhavan in Jammu on a day of fast paced political developments last Wednesday.

Congress spokesperson Manish Tewari said the more the governor tries to justify his decision to dissolve the assembly the more he is "tying himself up in his knots".

The action by the governor was nothing short of a "command performance", Tiwari said, alleging he did it on the "instructions of Delhi".

"The governor of J&K has done long term damage to India's interest in J&K. That is a reality which unfortunately will have implications in the future also," he told reporters in the national capital.

"So, what Governor Satya Pal Malik is trying to do is really emulate his masters in Delhi who have done a Phd in flip-flop, U-turns, somersaults and the reality is that NDA-BJP Government has no policy towards J&K."

Abdullah and Mehbooba took to Twitter to react to the governor's claim.

"My compliments to Governor Malik for not looking to Delhi & for not taking their instructions thereby stopping the installation of a government of the BJP & it's proxies formed by horse trading, defections & use of money," Abdullah said.

"I really don't know what to make of Governor Sahib's revelations in Gwalior. We know the BJP & it's proxies were desperate to form a government through horse trading & use of money but we've also never known a politically appointed governor going against the wishes of the Centre," he added.

Mehbooba said it is good to see that the governor refused to take "dictation from Delhi".

"Leaving aside the fax machine fiasco, good to see that governor Sahib refused to take dictation from Delhi, rather opted for dissolution of assembly. This could be unprecedented, given the story of democracy in the state."

J and K Pradesh Congress Committee chief Gulam Ahmed Mir said Malik's "admission" has vindicated the opposition charge that BJP wanted the governor to install a government through defections against all constitutional norms.

"As the governor had no option except to invite the single largest party claiming majority to form the government, the governor resorted to dissolving the assembly to prevent the government formation, since he was under pressure to install BJP supported government," he added.

"But the cat is finally out of the bag now, that Modi government was pressuring governor to install a chief minister with the backing of BJP by arranging numbers apparently through horse trading," he claimed.

At the Gwalior event, Malik said that without seeking any advice or direction or holding any discussion with Delhi, he took the decision of dissolving the assembly.

The governor noted that Lone had been saying he had sent his letter on WhatsApp and Mufti said she tweeted staking claim for government formation.

"I never knew that governments were formed on WhatsApp and tweet messages. Staking claim for the formation of the government are not made on WhatsApp,"he said. 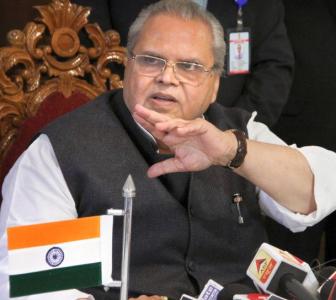 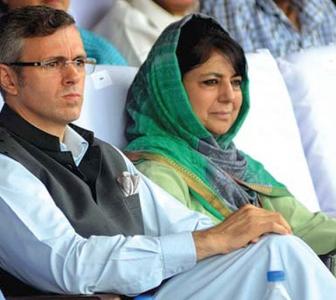 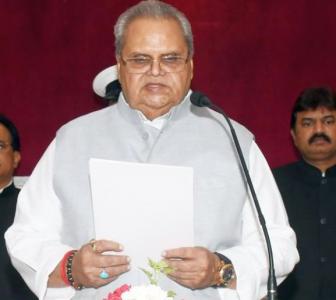 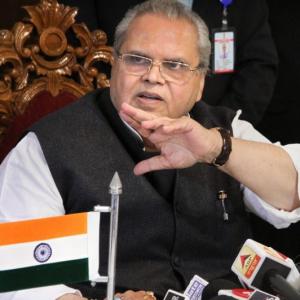 Extensive 'horse-trading' was going on in J&K: Governor 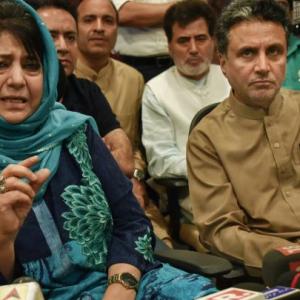 'Guv should've given PDP-led alliance a chance to prove majority'