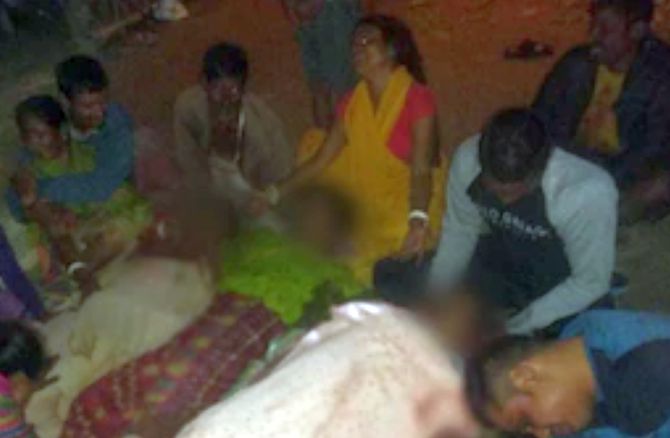 A survivor of the indiscriminate firing incident in Assam's Tinsukia district in which five people were killed said Friday that the assailants had come in two groups and carried out the attack.

The man, identified as Sahadeb Namasudra, told reporters he had a providential escape as he fell off a bridge where the gunmen had lined him up along with five others before opening fire at them.

Namasudra along with two others had been called out from a shop below the Dhola-Sadiya bridge in Kheronibari village on Thursday evening by three men in battle fatigue and their faces were covered with cloth.

Three more villagers were brought to the same spot by another group of three gunmen between 7.30 pm and 8 pm, Namasudra said.

The second group of assailants came in motorcycles and spoke with them in Hindi.

The gunmen ordered all the six men to sit in a row on the bridge, Namasudra said, adding they also took away his mobile phone.

The gunmen then opened fire but Namasudra who was sitting at the end of the bridge fell below.

Though he was not injured he became unconscious out of fear and nervousness.

When he regained consciousness, Namasudra found one of the five men to be still alive. He asked Namasudra to straighten his injured leg and inform his family and asked for water. But then he passed away.

The family of three of the victims said they were called out from their homes by the gunmen and taken towards the bridge.

The locals alleged negligence by the police in providing security, adding that the nearest police outpost 200 metre away had switched off their mobile phones after the incident.

Senior police officials, visiting the area, said a similar complaint was also made to them and the allegation will be investigated.

Meanwhile, several roads in Tinsukia district were blocked with burning tyres, while shops, markets, educational institutions and banks remained closed during the 12-hour district bandh called by All Assam Bengali Federation since 5 am Friday.

The demonstrators raised slogans and took out rallies demanding security for Bengali people in the state.

On being told by journalists that the ULFA (Independent) has denied involvement in the killings, the protesters said, "If it has not been done by the ULFA(I), then we demand that the government orders a CBI enquiry."

Sounds of wailing rent the air with bereaved family members and villagers mourning the death of the five locals. Several empty AK-47 cartridges have been recovered from the site and a search was on for the attackers, police officials said. 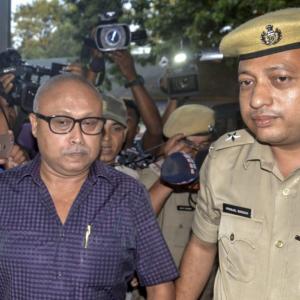 Hunt on for Tinsukia killers as ULFA(I) denies responsibility