Two militants and a soldier were on Tuesday killed in a fierce gun-battle in Handwara area of north Kashmir's Kupwara district, police said.

Troops of 30 Rashtriya Rifles and police launched a joint cordon and search operation in Haril village of Handwara, 100 kms from Srinagar, following information about presence of militants there, a police spokesman said.

A gunfight broke out between the security forces and the militants, in which two ultras were killed while one soldier, sepoy Sandeep Kumar, also laid down his life, he said.

Two AK 47 rifles and six AK magazines were recovered from the slain militants, the spokesman said, adding, the identity and group affiliation of the deceased militants was awaited as the operation in the area was still in progress. 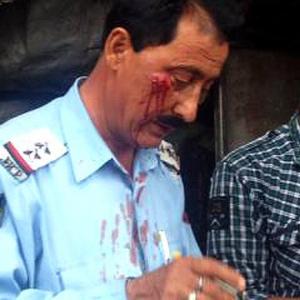