The ruling Bharatiya Janata Party recorded a massive victory in the local body polls in Gujarat on Tuesday by winning clear majority in all 31 district panchayats as well as in 196 out of 231 taluka panchayats and 74 out of 81 municipalities. 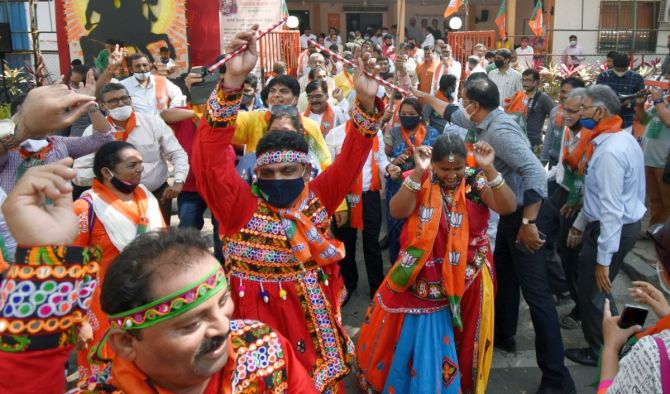 The Congress, the main opposition party in the state, won a clear majority in only one municipality and 18 taluka panchayats, while All India Majlis-e-Ittehadul Muslimeen and the Aam Aadmi Party also made their presence felt.

In six municipalities and 15 taluka panchayats no party has got clear majority.

The BJP's success followed its victory in all six municipal corporations where polls were held in the first phase of local elections on February 21.

In the second phase where polling was held for district and taluka panchayats as well as municipalities on February 28, the BJP again left the Congress far behind by winning 6,236 out of 8,470 seats for which results were declared. The position was not yet clear on four remaining seats.

The Congress could win 1,805 seats, while the new entrants Aam Aadmi Paty and All India Majlis-e-Ittehadul Muslimeen won 42 and 17 seats, respectively.

Asaduddin Owaisi's AIMIM won nine seats in Modasa municipality in Aravalli district, one in Bharuch, and seven in Godhra in Panchmahal.

The AAP won 31 seats in taluka panchayat, two in district panchayat and nine in municipality bodies.

With the BJP emerging stronger in rural and semi-urban areas, Prime Minister Narendra Modi said the results show that Gujarat remains firmly with the saffron party's agenda of development and good governance.

"Results of the Nagar Palika, Taluka Panchayat and District Panchayat polls across Gujarat give a crystal clear message- Gujarat is firmly with the BJP's agenda of development and good governance.

"I bow to the people of Gujarat for the unwavering faith and affection towards BJP," Modi said in a tweet. 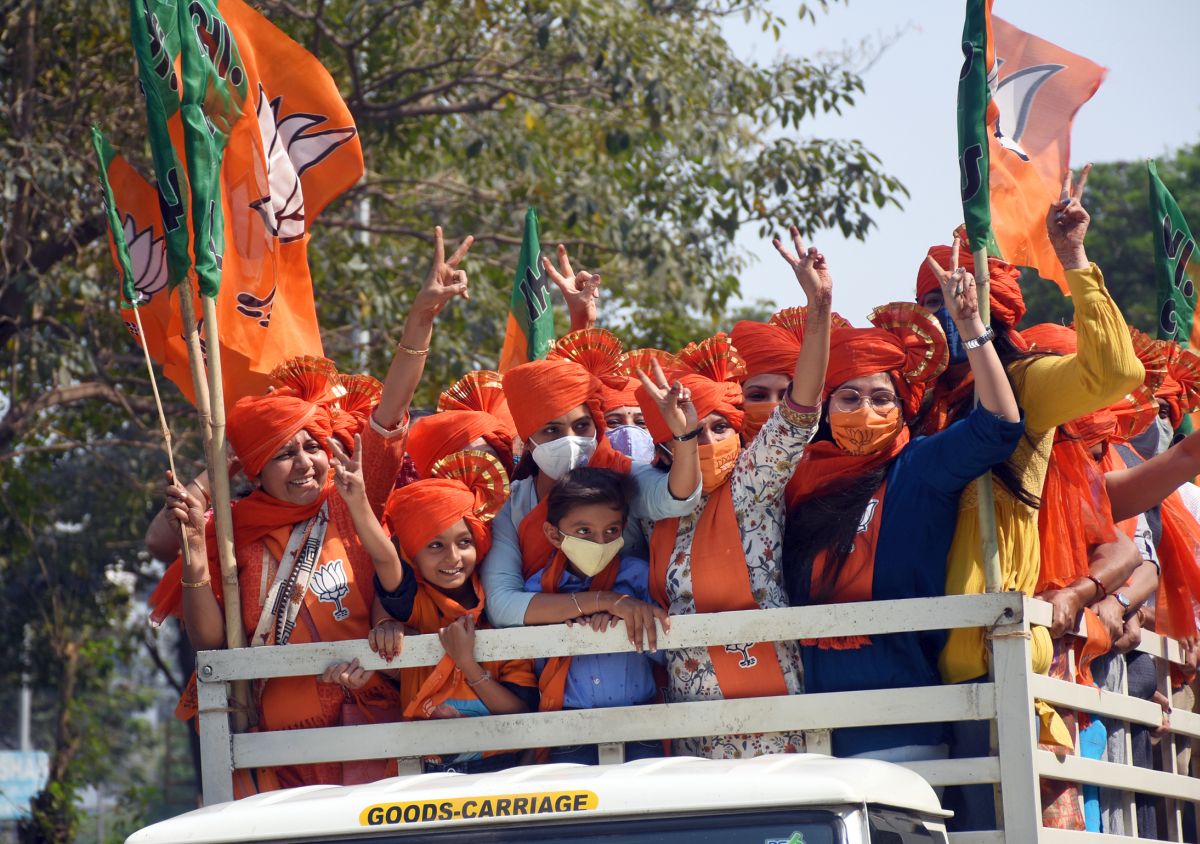 Union Home Minister Amit Shah tweeted that the people in rural parts of Gujarat and farmers have made the BJP victorious and put a seal of trust on the welfare policies of the government.

Chief Minister Rupani said the Congress is a sinking ship that is not fit for even being an opposition.

"The manner in which the people of Gujarat have wiped out the Congress shows that Gujarat remains the stronghold of the BJP," he told reporters.

The results of local body polls come as a boost for Rupani ahead of the 2022 assembly elections.
Questions had been raised about his leadership when the BJP scraped through in the 2017 assembly polls.

"Taking the responsibility of the election results as state Congress chief, I have submitted my resignation to party president Sonia Gandhi," Chavda told reporters, adding that he would work as a common party worker from now on.