The Gujarat High Court on Friday stayed the inquiry against IPS officer Satish Verma, who was part of a Special Investigation Team formed by the court to investigate Ishrat Jahan encounter before the case was handed over to the Central Bureau of Investigation, and slammed the state government over its action.

An FIR was filed against the 1986-batch IPS officer after he was accused of misbehaviour and issuing threats. This prompted the state government to order an inquiry.

Coming down heavily on the government, a division bench of Justices Jayant Patel and Abhilasha Kumari observed, "It is highly improper on part the state to continue this investigation. You should have come to this court before initiating any procedure on this FIR."

"While transferring the investigation (in Ishrat case) to CBI on 1-12-2011, we had specifically restrained state government from taking action against any member of SIT without prior approval of this court," the bench noted.

Verma, who is facing the government heat in another encounter case, has filed a petition before the HC alleging "systematic and willful acts by the government with ulterior designs of influencing the investigations in Ishrat Jahan encounter case by pretending to enquire into a false and coerced complaint".

On March 3, 2011, Verma, as a member of HC-appointed SIT, had seized the hard disk of a computer in Ahmedabad-based Forensic Science Laboratory (FSL) as part of probe into June 15, 2004 police encounter of Ishrat, a Mumbai teenager, Javed Sheikh alias Pranesh Kumar Pilla and two others near Ahmedabad.

B K Mistry, Assistant Director, FSL Ahmedabad, filed an FIR the next day against Verma and V R Toliya, a DySP who was Investigating Officer in SIT, accusing them of misbehaviour and threatening him. 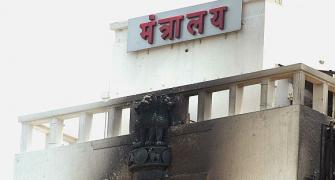 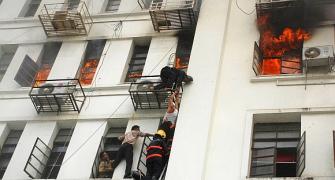