The Gujarat high court on Monday stayed its own order rejecting suspended IPS officer Sanjeev Bhatt's plea to set aside criminal procedure initiated against him in connection with a custodial death case in 1990.

After the pronouncement of the order rejecting the petition on Friday, Bhatt's advocate I H Syed requested for a stay on it for four weeks, to enable him to challenge it in the Supreme Court.

On Monday, after hearing the arguments from all parties in the case, Justice R H Shukla directed to stay his order for three weeks.

"As the result of the stay, all the proceedings against Bhatt will also be stayed till August 13, which were likely to be initiated in Jamnagar sessions court," Syed said.

The Jamnagar sessions court was slated to frame charges against all the accused, including Bhatt, in the case of death of one Prabhudas Vaishnani, who allegedly succumbed to injuries sustained by him in police custody on the night of October 30, 1990.

As an assistant superintendent of police in Jamnagar in October 1990, Bhatt had detained many Bharatiya Janata Party workers at Jamkhabhalia, who were protesting the arrest of L K Advani after his 'rath yatra' was stopped. Prabhudas Vaishnani was one of those who were detained.

He later died in police custody. Prabhudas's brother Amrutlal Vaishnani had lodged a case against Bhatt and other policemen. 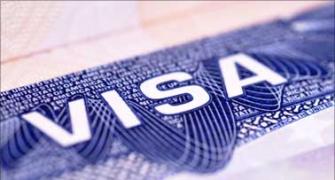