In a setback to the Narendra Modi government, Gujarat Governor Kamla Beniwal has sanctioned prosecution of minister of state for fisheries Purshottam Solanki for alleged corruption, overruling a cabinet decision.

A letter from the governor granting sanction to prosecute Solanki in an alleged Rs 400 crore fishing contracts scam was placed before a division bench of the Gujarat high court comprising Justices Jayant Patel and C L Soni on Monday.

Taking the letter on record, the court disposed of the petition filed by one Irshad Maradia. Following gubernatorial sanction, the complainant can now file his complaint either before the police or a competent court.

The state cabinet had earlier refused to grant sanction to prosecute Solanki. In his petition, Maradia had alleged Solanki had caused a loss of over Rs 400 crore to the state exchequer by granting fishing contracts in 2009 without inviting tenders.

The governor has accorded sanction for prosecution of the minister under various sections of Prevention of Corruption Act.

"The application of Irsahd Maridia is required to be allowed and the sanction for prosecution of the Minister of State for Fisheries is henceforth granted in respect of the allegations made in the complainant's application," the governor's letter said.

"The governor has given sanction for prosecution of Solanki and has relied upon the 2008 judgement of the Gujarat high court whereby the fishing contracts were cancelled by the division bench judgement.

The contracts were granted for an annual sum of Rs 2.4 crore when the estimated annual return from the same contract was Rs 44 crore. This would cause a loss of over 400 crore to the state exchequer over 10 years, Sinha said.

The relationship between the Modi government and the governor soured after Beniwal appointed retired judge R A Mehta as state's Lokayukta by-passing the state government.

Citing the letter, Sinha said while giving her sanction, the governor had also relied on Mongaji Pagi's affidavit in the high court alleging Solanki had demanded a bribe of 30 lakh from him to grant fishing contracts.

"According to the file noting made by (the then Finance Secretary G B Shah, granting of fishing contract of more than 200 hectares by a minister of state was against the  government policy and it can only be granted by the Chief Minister, which was not done in this case," Sinha said.

"The file notings further said that the Cabinet Minister for Fisheries Dilip Sanghani had endorsed the MoS decision of granting the contract. Shah has also noted that Sanghani through a telephonic order had directed the fishing department to immediately grant the contracts to the concerned parties," he said, adding sanction would also be sought for  prosecuting Sanghani.

In a snub to Modi government, the high court had on July 6 directed it to forward the case of giving sanction for Solanki's prosecution to Governor Beniwal for a final decision after the state cabinet declined to grant it.

The court's direction had come while hearing a contempt petition against the government for denying sanction to prosecute Solanki in the alleged scam without referring the matter to the governor as asked by the court. The court had directed the state government to take a decision on the issue of sanction and get it approved by the governor.
PTI
Source: PTI© Copyright 2020 PTI. All rights reserved. Republication or redistribution of PTI content, including by framing or similar means, is expressly prohibited without the prior written consent.
Related News: Purshottam Solanki, Dilip Sanghani, Kamla Beniwal, Sinha, Modi
SHARE THIS STORY
Print this article No absolute freedom of speech under Constitution: CJI 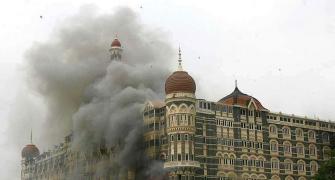