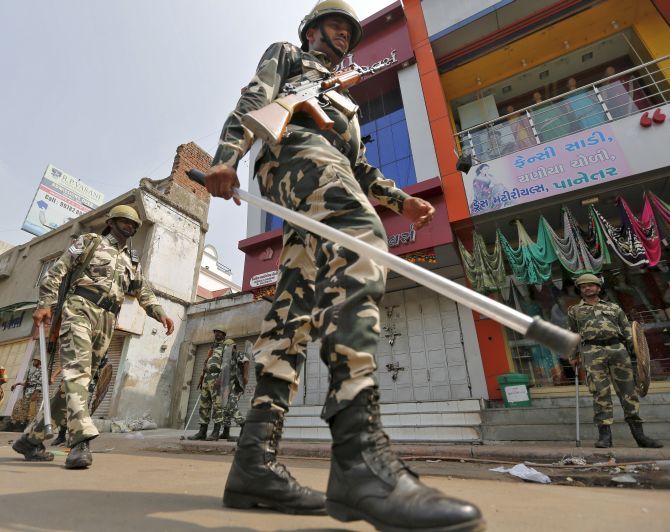 The Gujarat Anti-Terrorism Squad has asked all Special Operations Group (SOG) units to collect information about Afghan nationals who have been staying in the state since July 15.

The directive comes on the back of inputs by security agencies that four persons holding Afghanistan passports had entered the country to carry out terror attacks, officials said.

One of the main tasks of the SOG is to keep a watch on the movement of foreign nationals in Gujarat.

In a fax message sent to all in-charges of SOG units on August 17, the Anti-Terrorism Squad also shared a photograph of a person it claimed was the head of the four-
member terror group which might have entered the country ahead of Independence Day.

'As per the inputs regarding possible terror attacks, four persons holding Afghan passports have entered India in the beginning of August to carry out terror attacks at crowded places in Indian cities,' the fax message stated.

'Attached herewith is the photograph of a terrorist who is from Kunar province of Afghanistan. He is the leader of the terror group. We have also attached the photo of a Pakistani ID of one Zaaki, who is providing guidance to this group of terrorists,' the message further informed.

The ATS instructed SOG teams to make use of their network of informants and conduct 'verification' in areas populated by Afghan nationals and inform the ATS if any
'fruitful' information is received.

"There are no specific inputs that terrorists have entered Gujarat. This is being done as a precautionary measure. As of now, no suspicious person has been found," an ATS official said on condition of anonymity.